This article is translated from German and republished from Heise.de.

Maker Faire 2016 will be on 12 and 13 March in the DASA – Working World Exhibition in Dortmund: with more than 60 exhibitors and a lush participatory and lecture program.

In 2014 on the 3rd of October, there was a first Mini Maker Faire at the “Dortmunder U” -as part of the Knowledge night Ruhr. This year, the Maker Faire Ruhr grew an order of magnitude: About 60 exhibitors fill the DASA – Working World Exhibition in Dortmund, which is host and venue of the creative and art festivals simultaneously. A lecture and demonstration program accompanies the Maker Faire on Saturday and Sunday, and there will be many exhibitors and interactive workshops.

Maybe it’s thanks to the inspiring local industrial romanticism that at the Maker Faire Dortmund several Steampunks are represented and there their lovingly homemade technical jewels. Whoever would like to participate a bit this fantastic universe can join a workshop on the Maker Faire Ruhr  under the guidance of Sven Möller ,alias Admiral Aaron Ravensdale, to make a  steampunk USB flash drive in proper style brass Design (15 Euro, recommended for 14 years). The design is similar to the assembly instruction The workshop requires pre-registration, as well as some more hands-on activities . Others – especially those for children – can be found throughout the day and do not require registration.

The make-editors will be personally on site – represented by Carsten Meyer, Philip Steffan and editor Daniel Bach field. At our booth in the Energy Hall, you can see a number of projects from the current make-edition and past booklets – including the “Strandbeest”, the walking robot made ​​of chipboard of Joachim Haas from cover of edition 1/16.

The Maker Faire Ruhr is open from 10 to 18 on 12 and 13 March. Tickets are available only at the box office; the rates correspond to the regular admission rates of the organizer DASA – World of Work Exhibition. Adults pay 8 euros, the reduced rate for students, among other things, students, trainees, young people up to 17 years, the unemployed and Hartz VI receiver is 5 euros per day. For children up to 5 years the entrance is free. The family ticket for two adults and up to three children costs 16 euros. If you have an annual pass for DASA –  working world exhibition, you receive free entry to the Maker Faire Ruhr.

The next Maker Faire in German-speaking countries will be held in Vienna on 16 and 17 April;  then from 27 to 29 May, the now fourth Maker Faire in Hannover. Anyone there will participate as an exhibitor, should keep the calendar in mind: The Call for Makers of the great technical and creative festival in Hannover Congress Centrum runs only until 20 March. 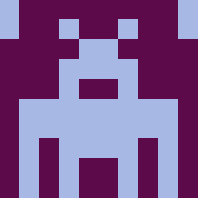