How I Found Myself Organizing the Palm Beach Mini Maker Faire

In 2013, the South Florida Maker scene was just heating up, and I had the good fortune to meet Ric Herrero, who was running a non-profit organization to promote maker activity in the greater Miami region. Ric was exploring the idea of starting a Maker Faire in Miami and my long-time association with makers state-wide gave me the confidence to know that I could help Ric and his team organize and launch the first Miami Mini Maker Faire. The inaugural Faire attracted over 1700 visitors, and our same small team has produced two more Mini Maker Faires in Miami, with the 2016 Faire expanding to a two day event. Each Faire has brought many new creative individuals into the local maker community.

About a year before the first Miami Mini Maker Faire, I was delivering a technical talk on “Electronic Appliance Whispering”. I really hit it off with one of my co-presenters, software developer Scott Conley of Flipstone Technology Partners, who was also a 40-something Dad with young kids yearning for more activity and synergy across the South Florida technology community.  Scott, his business partner David Vollbracht, and I started an ongoing dialogue about the state of our local community and how we might bring a technology renaissance to our region. Our first step was to combine our skills, talent, resources, and networks to launch the first community makerspace in Palm Beach county, Hacklab North Boynton, in July of 2013.

Organized as a 501(c)(3) nonprofit organization, Hacklab’s 2400 square foot space has developed over the past three years into the community hub in Palm Beach county for experiential and project-based learning. Hacklab builds community through meetups, classes, workshops, project nights, maker camps, and events. Hacklab’s shared tools, technologies, talent, and expertise enable technologists, designers, artists, tinkerers, musicians, hobbyists, and professionals of all ages to come together and turn their creative ideas into finished products. Hacklab’s partnerships with local government, schools, and community organizations have been instrumental in expanding our reach.

The success of the Miami Mini Maker Faire spurred the Hacklab community to explore producing a Mini Maker Faire in Palm Beach county. As luck would have it, in 2015 Hacklab connected with Kate Arrizza and her team at the South Florida Science Center and Aquarium who were also considering starting a Maker Faire. Anecdotally, there is often a strong symbiotic relationship between Maker Faires and Science Centers. Discussions ensued, and both organizations determined that teaming up to produce a Maker Faire in Palm Beach County would achieve the best experience.

Producing a Mini Maker Faire is an elaborate trick that takes around 6-12 months to perform. Coordinating hundreds of individual interests to intersect at the same time and place is difficult, and finding the right makers, partners, vendors, volunteers, and leadership to successfully produce six hours of entertainment is exhausting. (Doing it twice is clinical.)

In comparison with starting the Miami Mini Maker Faire in 2013, this effort to launch the Palm Beach Mini Maker Faire was much easier. The Science Center offered the infrastructure for hosting the event, and their staff provided general event production experience. Hacklab had attracted a local maker community since it opened in 2013 that we could tap for content; had significant experience producing the Miami Mini Maker Faire and a maker support network in both the Miami and Orlando Maker Faire communities. Maker Faires are quite different than science fairs, in that the producers must have a boundless passion for infusing the spirit of interactivity and engagement with the exhibitors and makers. It’s what makes Maker Faires so uniquely engaging, daunting to execute, and “the greatest show (and tell) on earth”.

Visiting a Maker Faire for yourself is a wonderful chance to see first-hand how technology has impacted different industries. We are really fortunate to have some fantastic makers in our community who share the same passion as our production staff and were willing to share their work at our inaugural Palm Beach Mini Maker Faire.

If you don’t have plans yet for this Saturday, we’ll have over 70 makers, exhibitions, workshops, and lectures to enjoy. From hand-cut paper crafts and stationary, to custom desktop CNC devices, impromptu percussion, necessarily elaborate candy dispensers, experiments in virtual reality, unique approaches to education, device destruction and warranty voiding, there’s something for everyone.

Some of the makers you might expect to find at this year’s Palm Beach Mini Maker Faire will include:

A custom replica of the iconic R2-D2 droid featured in Star Wars designed with an evil twist.
The R2-Q5 will be rolling around the Faire greeting and bleep-blooping with guests all day long!

RGF Environmental Group, Inc. is the leader in air, water, and food purification. Experience first-hand futuristic technologies like 3D printing and see up-close the historical developments of electrical generators and the lighting industries.

Inspired by internet sound boards which trigger thematic sound bites when the buttons are pressed, the Hacklab will be displaying an interactive dance booth with a giant sound board that triggers built in music samples featuring the music of French dance duo Daft Punk! The Daft Booth is sure to entertain and annoy bystanders of all ages! Especially if you like the song “Harder, Better, Faster, Stronger”!

A popular exhibit traveling from the Orlando Maker Faire, this contraption begs you to find your inner hamster. This machine promises its operator a fun, interactive, and delicious reward for your success! Be the Hamster!

Join us from 10am to 5pm on Saturday May 14th at the South Florida Science Center and Aquarium located at 4801 Dreher Trail N, West Palm Beach, FL 33405. Details of the event can be found on our site. 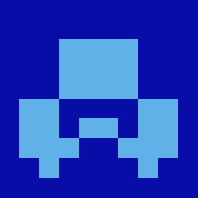 Mike Greenberg is a dad, a tinkerer, a software engineer, and a community organizer based in South Florida. He helped created the Miami and Palm Beach Mini Maker Faires and is the co-founder of Hacklab North Boynton, the first 501(c)(3) non-profit community makerspace in South Florida.