Just as you don’t need a cast of professional actors to put on a great show, you don’t need fancy equipment or a disposable income to produce fantastic costumes. At the Bindlestiff Studio in San Francisco, a volunteer-run performing arts center and cultural epicenter for the local Asian-American acting community, The Geek Show (not to be confused with the Geek Show Podcast) is a “dynamic multi-genre Bay Area-based theater show designed to showcase, satirize, and subvert the phenomenon of geek culture.” The show features a culturally diverse cast and tackles Asian-American life, bullying, sexism in gaming, and lack of Asian representation in Hollywood.

One of The Geek Show’s skits, “Cardboard Knight,” is a powerful choreographed movement piece that tells the story of a young maker and addresses bullying and the perseverance against adversity. Writer and director Marc Abrigo (who also stars as the protagonist) summarizes, “A young student is bullied for his LARPing hobby by other students. Slowly, but surely, he puts on his homemade armor piece by piece trying to find the courage to stand up to them.” As the title implies, the costumes created for this skit were entirely made of cardboard, tape, velcro, and a little hot glue, fitting the narrative of a young student’s resourcefulness and typical lack of income.

Prop-maker and cast member Nicolette Dionisio had little experience making props before the show. While discussing the skit one night, Nicolette and stage directors Thomas Paras and Marc Abrigo had been playing the video game For Honor, and thought “What if it was a samurai and viking who save the [cardboard] knight, like the three factions from the game?” From there, Nicolette was entrusted with the creation of the costumes with the criteria that it “had to be easy to move around in and had to be charmingly janky.” Additional aspects of the design were inspired by other video games, such as Skyrim and Dark Souls.

The construction process stretched over the course of several weekends in preparation for the show, with details of the armor illustrated in Sharpie ink, duct tape, and masking tape — and of course — cardboard as the base. Nicolette used velcro to fasten the armor onto cast members. This was a design-choice so that it could be easily removed during the skit when bullies tear it off the protagonist. “With the armor looking so detailed and strong, the visual of it getting torn off was designed to be jarring. The fragility of the whole get-up was a major theme of the piece,” Marc adds.

Velcro wasn’t the only conscious design-choice of the costumes however. Because the skit is performed entirely without dialogue, symbolism played a large role in the visual aspects of Cardboard Knight. When asked why cardboard was used as the main material for the armor, Marc explained “Cardboard just seemed like the right way to go. Maybe it’s because of its versatility, its charm, or the fact that — outside of construction paper — it seemed visually a material associated with being young. Give a creative kid some cardboard, markers, and duct tape, and you’d be surprised with what they can come up with.” A story akin to the origin stories behind many makers of today.

At the very end, the plot is resolved as our wounded knight is united with fellow warriors clad in cardboard armor, where symbolism is again featured in the differences in little details of the design. Nicolette brought to my attention that, “You’ll notice that [the] Cardboard Knight himself has the weakest masking tape (as opposed to duct tape) on his armor, as he has yet to level up in skill.”

As all three of our cardboard-armored heroes gallantly arrive on stage and conclude the plot, it tells a story of not only overcoming adversity, but the courage among makers and artists in their journey of pursuing their dreams and creating things they love.

The skit can be seen live at “The Geek Show” at the Bindlestiff Studio at 185 6th Street, San Francisco from this Thursday (4/27) to Saturday (4/29) at 8:00-10:00pm. The show is PG-13 and may contain material inappropriate for young audiences. You can purchase tickets on Brown Paper Tickets. We hope to see you there! 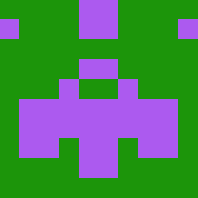 San Francisco-based writer and filmmaker, jack-of-all-trades and master of some, Jun spends the course of each year exploring creative horizons by finding new and fascinating subjects to observe and study as a force of habit. With an appreciation for animation and gaming to science and technology, it was only natural for Jun to be drawn to the passion and enthusiasm for creation found in Maker culture. She's occasionally spotted in the wild dancing with cats.