Permanent color that won't flake off. 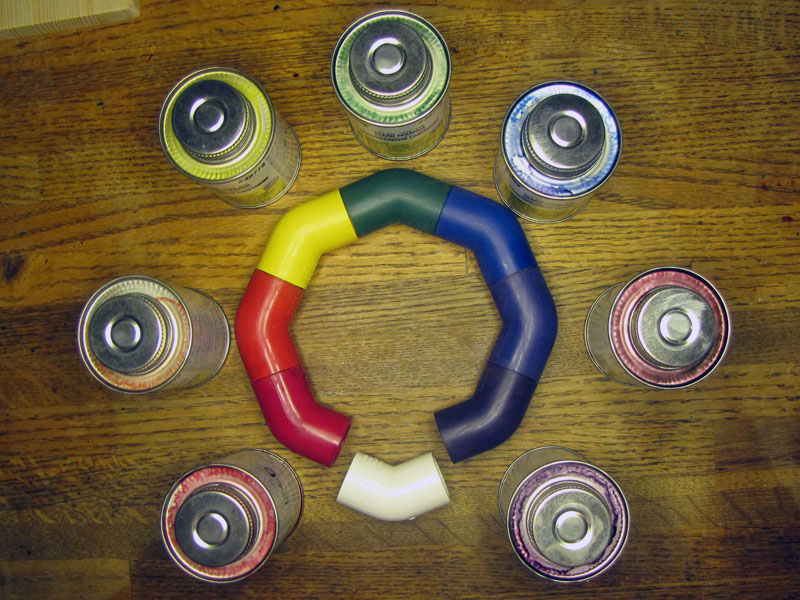 PVC is great: cheap, common, easy to work, and easy to join temporarily or permanently. Only problem is, it’s kinda ugly, much of which owes to the fact that it only comes in white, gray, sometimes black, and (if you’re willing to pay through the nose) clear. “Furniture grade” PVC pipe can sometimes be found with integral color, but you’re limited to factory shades and if you want matching elbows, tees, or other fittings, you’re out of luck, because fittings only come in white.

Sure, you can paint it, but PVC doesn’t take paint all that well, and the paint is prone to flake and screws up the dimensional tolerances. With stain, you get color that doesn’t flake or add thickness, so you can stain pipe and fittings different colors before assembly and still expect them to fit. You can even take them apart and reassemble them in some other way without affecting the finish. 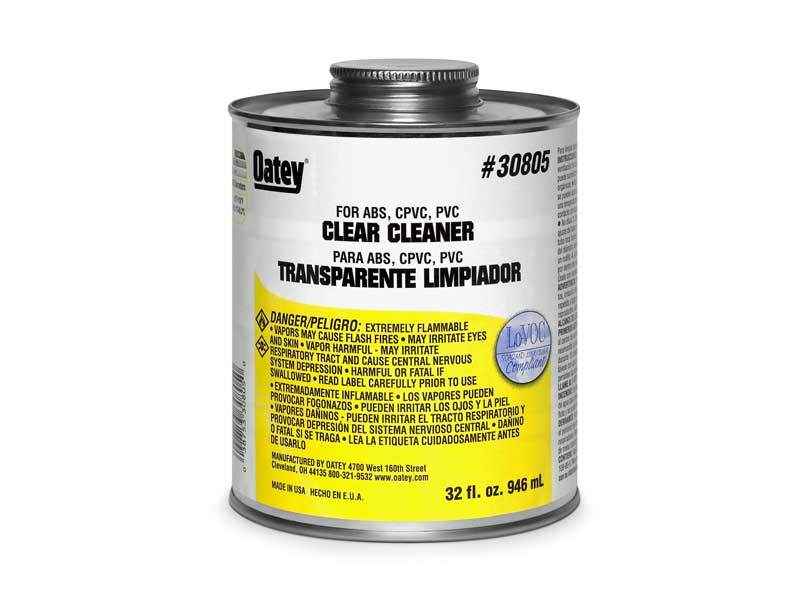 “Clear Cleaner” is a product used to prepare PVC pipe and pipe fittings for gluing. Chemically, it is very similar to “Purple Primer,” but without the added purple dye.

Update: Previously, this guide advised that the most important ingredient in the clear cleaner was tetrahydrofuran. That is probably incorrect. I have not confirmed it by experiment, yet, but we have been advised that methyl ethyl ketone is actually the most active penetrating solvent in the mix, and best for dyeing PVC.

Update 2: Though I still haven’t found time to confirm it, myself, the folks at Narad Marketing have informed me that pure MEK works at least as well or better than branded “clear cleaner” for this process. Specifically they said it “works great” and “dries faster than clear cleaner.”

“Solvent dye” or “fuel dye” is an oil-soluble chemical intended for colorizing oily products like gasoline. I found one-ounce bottles of Rekhaoil Red HF, Rekhaoil Yellow HF, and Rehkaoil Blue HF from Narad Marketing on eBay by searching “petroleum dye.” Note that these dyes are very strong; one ounce goes a long way.

If the color you want happens to be purple, of course, you might as well just buy “Purple Primer” and use it as a stain instead of mixing your own. Work in a well-ventilated workspace and wear nitrile gloves and goggles at all times when handling the solvent or the dye.

Using your volumetric pipette, draw up the required volume of each dye and transfer it to the container of Clear Cleaner. Be careful not to cross-contaminate the dyes.

Here are the volumes of red, yellow, and blue dyes I added to 4 oz cans of Clear Cleaner to get the colors shown in the photo:

Close the can lid tightly.

Wipe off any stray solvent or dye from the outside of the can with a paper towel.

Gently shake the can for about 15 seconds to mix the dye into the solvent.

Although the photograph shows me using a gloved finger to support the fitting during staining, I recommend using a holder, such as a piece of bent wire hanger.

Generously slather the stain onto the pipe or pipe fitting using the can’s built-in applicator. Work quickly, rotating the piece and making sure to smooth out any streaks or drips of color before they have time to dry.

Spilled dye can usually be cleaned up with lighter fluid and a paper towel. Dye that has dripped off PVC pipe will be harder to remove because it will have dissolved polymer in it; loosen it with a copper dish scrub and lighter fluid, then wipe up with a paper towel.

Set the stained PVC aside, on a safe surface, to dry. In point of fact the solvent will dry up very quickly. Under most conditions, an hour will be more than enough.

Once dry, the stained PVC should be able to pass a “white glove test” and not transfer even a small amount of color to anything that touches it.

Note that some companies sell a product called "cleaner" for use on PVC pipe that actually contains no THF. It can be confusing, because in point of fact the product that contains THF is actually "cleaner/primer," but is often simply labeled "cleaner." When in doubt, make sure it says tetrahydrofuran on the label.