Hobbyists are rediscovering the appeal of classic microcomputers from the 70s and early 80s, eager to tinker with computers at their fundamental level.

Vince Briel designed the Replica I with permission from the Apple I’s original creator, Steve Wozniak. He sells it assembled ($199), as a kit ($149), or just the motherboard and specialized chips ($79). (Alternatively, the schematic, PCB layout, and fabrication documents — enabling you to build a system from scratch — are included with my book Apple I Replica Creation.)

The Apple I had no graphics support and was unable to edit text once it was sent to the video section, which served as a dumb terminal. The Replica I uses a Parallax Propeller to send video to TV, and there are hacks to redirect video output to a printer or teletype.

The Apple I is about as simple as an 8-bit microcomputer can get, and hacks and projects for it abound. Larry Nelson has ported a floating point BASIC to the Apple I. Vince Briel designed a serial interface card, ported the classic 70s game Star Trek, and recently added user firmware updates to the Replica I — no need to send in for new chips. Ken Wessen added a full-blown assembler to the EPROM, letting the user assemble 6502 programs right on the Replica I without a PC.

Mike Willegal (willegal.net) sells a replica Apple cassette interface kit for loading programs from tape (he also sells an all-vintage Apple I clone called the Mimeo 1 for, yes, $666.66). Others are replacing cassettes with iPods.

The Apple I Owners Club (applefritter.com/apple1) serves as the meeting place for retrocomputing enthusiasts. Ideas are exchanged, hardware is built, and software is written. If you’re interested, I hope you’ll join us. 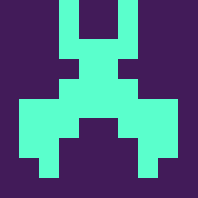