My Quest to Turn Smart Craft into a Sustainable Business

I launched my Indiegogo campaign on Jan. 19 to help finance my growth as an independent artist. My modest crowdfunding goal is $1,000. My stretch goal is $120k, which would put me on a solid footing. This will be the seventh marketing strategy I’ve pursued, in a year-long attempt to turn my “high-tech, hand-made” craft into a sustainable business. Some approaches have worked. Others, not so much. But I’ve learned a lot along the way, and I’d like to share my experience with other makers.

But first some background….

The initial question was: could I learn to use the smart tools of the emerging maker movement to make a business doing what I love to do? Since I’ve been an artist my whole life, my passion has always been the creative process and making beautiful things. Back in 1999 I took a year off work to create a series of non-objective paintings to see if I could make a living selling my art. It didn’t happen. The local market wasn’t robust enough for this niche, and I would have had to move to New York or Europe to find an outlet into the traditional art world. Instead, I took the digital route and became a graphic and web designer. But with the advent of the communications and global networking revolution, whole new marketing platforms had opened up, and I felt like I had a second chance at fulfilling my calling to create innovative art forms.

In the spring of 2012 I read Peter Diamandis’ Abundance: The Future is Better Than You Think. He talked about creating a manufacturing niche using smart tools to support DIY innovators in making small, customizable product runs. Around the same time I went to the first open house for MakerPlace in San Diego, a DIYer’s dream shop with every tool a craftsman could want. I was particularly drawn to the CNC laser-cutting machine. I wondered if I could utilize the laser cutter to leverage my craft skills into a livelihood. Two months later I gave up my day job as a Computer Resource Specialist at UC San Diego and took the leap.

I became a member at MakerPlace. When I saw someone using the laser to cut out cardboard templates, I was fascinated by the texture and pattern of the crisp edges of the cut rounded flutes. I immediately wanted to explore the possibilities of layering the cardboard to see what effects I could get and what products I could make. The software of Adobe’s Creative Suite I had been using for the past decade made it easy to design for the laser machine. And the creative processes needed to go from concept, to 2D design, to forming 3D objects, dovetailed nicely with the skills I had acquired through my artistic background. By December I had developed enough prototypes to take my new line of eco-friendly, laser cut corrugated cardboard lamps and decor accessories, which I called The Rounded Flute Collection, to market.

The question then became: how would I market my products to make a viable business?

These are the stretch goals I have for my crowdfunding campaign:

The success of Greg’s crowdfunding campaign enabled him to buy his own laser-cutting machine and set up shop in his two-car garage. He continues to expand his product line, and is receiving lots of new orders daily. I’m hoping to follow the trail Greg has blazed. 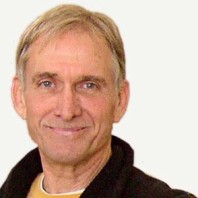