From the editors of MAKE magazine, the Maker Pro Newsletter is about the impact of makers on business and technology. Our coverage includes hardware startups, new products, incubators, and innovators, along with technology and market trends.

Please send items to us at makerpro@makermedia.com.

* New and promising on the robotic frontier: soft robots. MIT researchers have created a tail-swishing robofish that is capable of rapid “escape maneuvers.” And then there’s the super simple, open-source, quadruped robot with no hard moving parts, the Glaucus, above. MAKE’s David Lang(@davidtlang) thinks it’s a great start.

* Thinking about making a wearable? Bolt’s Ben Einstein (@beneinstein) has a word of advice: Beware!

* Upverter raised $2.3 million in its effort to be the online collaboration layer for hardware engineering.

* AdWeek covers the big brands that are courting the maker movement. Think Levi’s and Home Depot.

Are we getting any closer to an affordable, desktop-sized injection molding machine?

That question was recently posted on Reddit’s Hardware Startup forum.

The PIM-SHOOTER Model 20A, which turns your workshop drill press into a plastic injection molding machine. The inventor also sells a newer, standalone version that eliminates the need for a drill press. Neither will send shock waves through Shenzhen, but … a promising start?

On a more industrial scale, Harbec, in upstate New York, is smudging the boundary between 3D printing and injection molding by using direct metal laser sintering to 3D print molds that can be used to create multiple objects, saving the time and expense that usually go into creating traditional molds.

What We Learned Last Week About CNC

It was CNC week at MAKE last week, and if you missed it, you should turn back the clock. It was a fantastic, 5-day overview of this mainstay of digital manufacturing.

Check out the substantial archive it left in its wake. You are sure to find something to expand your horizons.

An overview of the new breed of inexpensive, desktop CNC mills. These little guys are making routing more accessible for schools and home use. Learn about five of the most popular units, with details on how they have updated their hardware, software, business plans, or personnel.

An introduction to CNC routing basics. One helpful tip: before you jump into CNC machining, use a non-computerized, handheld router to get a feel for subtractive technology. It will give you a more intuitive sense of the process, which will help when you start creating toolpaths on the computer.

Finally, one of the coolest new product categories to emerge from the CNC community: open-source furniture — where designs are shared globally, but fabricated, and customized, locally.

The evolution of the Handibot, from the version introduced at the Hardware Innovation Workshop last spring (left), to today’s model.

The Handibot is a new kind of CNC 3D cutting tool. Prior to Handibot, you carried your projects to, and fixed them on, the bed of the stationary CNC machine. The Handibot, by contrast, was designed to be taken to your work. It works through its base, making your work surface whatever Handibot is sitting on. And its small form factor allowed great flexibility in the location and orientation (vertical, inverted, etc.) of your work.

New features, above, added after logging feedback from early users.

The folks at ShopBot designed the Handibot to be an evolving, open-innovation project, guided by community participation and collaboration. In the interval between the first demonstration of Handibot at HIW 2013, feedback from the first users and testers led to numerous changes in form: from an improved base, to a repositioning of electronics into an enclosure on the back of the tool. There’s now also skirting for an integral dust collection system and easy to reach “Stop” and “Go” buttons on the top of the tool.

In order to simplify the interface between user and CNC tool, Handibots will be controlled by task- or job-oriented “apps,” running from a wide variety of devices. These apps will make Handibot a “smart” tool.

Handibot is involving the community of Handibotters in the tool’s development via an APPS HQ website for posting, sharing, rating, and commenting on app ideas for Handibot app developers.

Handibot has just released a “Developers Edition” of Handibot (at the Handibot Store) that is provided with a full set of Windows CAD/CAM tools to help app creators explore the CNC workflow, understand the parametric-toolpath nature of a typical Handibot app, and evaluate the feasibility of app ideas. About-to-be-released developer materials will help get apps on other devices and introduce a cloud connection to Handibots. And soon, a developers API will make linking apps to Handibots easy.

The Handibot is designed to be manufactured by small shops around the world.

Handibot was designed as an exemplar for digital fabrication technologies with the goal of making use of distributed manufacturing, with digital fabrication, to scale production. The team is currently manufacturing all of the non-commodity components that comprise Handibots at ShopBot’s headquarters, in Durham, N.C. In-house, digital-fab with CNC technology has enabled the rapid development and evolution of the Handibot design. Digital fab production will also allow production of Handibots in a growing network of local, digital fab production and support facilities operated by makers.

“If you asked us at HIW 2013 where we thought we’d be today, we might have told you that there would be a thriving Handibot app store, bustling marketplace for accessories, and dozens of distributed manufacturing sites helping meet the demand for Handibots,” says ShopBot’s Ted Hall.

“Not quite there yet,” Ted admits, “but we are thrilled to have made it as far as we have over the past year, and we are working hard to roll out some exciting additions to the Handibot ecosystem.”

Handibot’s App HQ, above, is designed to harvest new ideas for the tool.

Maker Pro Tweets of the Week

"Invention can happen in a lab, but its just as likely to happen in a living room. It can wear a white coat, but its not afraid of pajamas"

Hardware startups are about cash. Make it and you can raise more of it. Run out and you are F@&$ed.

"Done is better than perfect." Fine for Facebook. For surgeons, electricians, pilots, architects, lawyers, accountants? Not so much.

The 9th annual Maker Faire Bay Area, our “home game” that started it all, is taking place May 17 and 18 at the San Mateo Fairgrounds.

And, hey, Maker Pros! MAKE is hosting its first MakerCon, May 13–14, the week of Maker Faire Bay Area. MakerCon will look at the impact of makers and making on education, the economy, and emerging markets. It offers makers of all stripes — from hobbyists to makers pros — a chance to discover new tools and technologies; available resources and services; and learn more about topical trends and new markets emerging from the maker movement.

If you are interested in submitting a presentation proposal, please visitMakerCon 2014.

1. Come up with the winning design for the Maker Faire Info Booth. Book your free trip to San Francisco to attend Maker Faire Bay Area. You have until April 14 to submit your design.

2. Then smoke the competition with your entry into MAKE’s Arduino project contest.

You’ll receive $5,000 for air fare and hotel expenses for two to attend Maker Faire Rome Sept. 28–Oct. 5, 2014. The period for submission of applications runs from today to Apr. 25. Click here to enter.

Here’s what’s coming in the next few months:

What’s ahead further down the road? Check the Maker Faire Map to find the closest one to you. 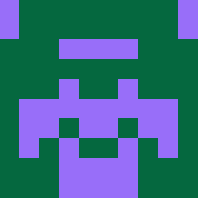