If you are a fan of incredibly detailed, operational, hand-built creations, you might want to check this out. Codename Colossus is a walking robot tank created by Michael Sng, an artist and graphic designer from Singapore. Sng entered the toy realm as a lead designer for Singapore-based Stikfas Ltd., creating articulating action figure kits that ultimately gained a cult following. Seven years after Stikfas wound down in 2008, Sng decided it was time to find a new outlet.

This time around, he decided to take a new approach and utilize all of the modern tools that make “making” fun: 3D printing, crowdfunding, social media, and e-commerce, and combined this with a desire to create hand-built, one of a kind toys that were not bound by mass production constraints. Thus, Machination Studio was born.

The first in the Colossus toy line is named “Boudicca”, a T1 Training Colossus. This monstrous robot tank houses over 400 specially designed parts, all 3D printed and linked together with servos and custom-built circuits controlled by an Arduino, resulting in a dazzling kinetic sculpture over 20″ tall.

The exterior features crew, LED lighting, realistic battle scars, and an incredible level of detail down to the last hand-painted rivet. Searchlights scan, and guns rotate, aim, and recoil, all while crawling along on its hexapodal armored legs. At upwards of $5,000, this is not for your ordinary kid, although more accessibly priced versions may be on the horizon.

Why pour so many hours of painstaking work into a project this ambitious? Sng’s goal was to make the “best toy in the world”, and one way to achieve this is to learn every aspect of the craftsmanship involved. This first prototype robot tank is one part of a larger plan for the brand, and Sng’s future plans include adding more accessible kinetic toys and perhaps more “traditional” toys to the brand. He also hopes to continue the Colossus line and fully develop the backstory.

I will be anxiously awaiting Machination Studio’s next creation.

The video below shows Sng working on the 3D printed parts for the robot tank: Codename Colossus.

Before you go, check out this neat time-lapse of it being assembled. More videos can be found on Machination Studio’s YouTube page. 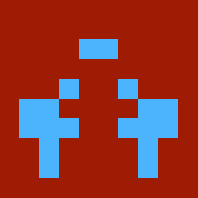