The intention of this lamp is to be able to control shadows while doing assembly and soldering works. Instead of simply gluing an LED strip to an aluminum bar, I decided to make something fancy and inspiring. To me, Art Deco and imperial architecture (hello, Gotham City) are endless sources of excitement and admiration. I spent some time researching old Roman architecture on the internet, to design the base for the bridge.

A year ago I made a promise to myself, that when I finished designing it and had all the files ready for printing, I would order my first 3D printer. After quite long research I picked the original Prusa i3, which I’m very happy about.

It was quite a challenging print. I was just learning 3D printing on the go, and had many small failures: Some of the lattices were knocked off by the extruder head, and then during assembly I broke some by pressing too hard. Luckily, since duct tape was invented, there is nothing impossible to repair and ABS can be easily glued by acetone.

I’m very satisfied with the finished project. The RGB addressable LED strip I used makes it easy to adjust the color and intensity of the light on my desk. It’s also a very inspiring object, I feel it improves the way I design things.

Soon, I will add some magic to it: IR proximity sensors inside each segment to switch it on and off with hand gestures and three rotary encoder knobs to adjust RGB components of the LED strip. The project page includes detailed information, parts sources and build instructions. I’m working on an improved version, which will be possible to mass-produce as a kit.

It’s beautiful the way it is, as an art object, but very hard to mass produce. So I have completely redesigned it. Previously each segment was unique, because the arc was oval. Due to many requests I made the arc round, the segment universal with option to print pieces flat. I made it less fragile and left some room for the embedded electronics module I’m now working on. There are many more improvements described in the new project page. 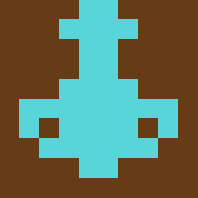 I'm IT infrastructure manager with real passion for inventing and making things. Learning things by doing - coding, designing and making what I dare to imagine. I'm 42, father of two sibling daughters, Elisa & Betty, both studying visual arts. Greatest inspiration in my life is my wife Anna, who is professional figural painter, graphic artist.