Get to Know Your CNC: How to Read G-Code

G-code is the generic name for a plain-text language that CNC machines can understand.

Using a modern-day desktop CNC machine and software, you’ll never have to enter G-code manually, unless you want to. The CAD/CAM software and the machine controller will take care of all of this for you. However, some people (especially makers!) like to know what’s under the hood and how things really work.

A G-code file is plain text; it’s not exactly human readable, but it’s pretty easy to look through the file and figure out what’s going on. G-codes tell the controller what sort of motion is desired. Here are the most common commands and how they work.

The G0 command moves the machine at maximum travel speed to whatever coordinates follow G0 (Figure A). The machine will move in a coordinated fashion, and both axes complete their travel at the same time. G0 is not used for cutting. Instead, it’s used to move the machine quickly to begin a job or move to another operation within the same job. Here’s an example of a rapid (G0) command:
G0 X7 Y18

A simple G28 command sends the machine to its home position. Adding coordinates will define an intermediate point to go to, before homing (to avoid collisions), like this:
G28 Z0
Some machines require a G28.1 command to define the home position coordinates:
G28.1 X0 Y0 Z0

The opposite mode of G90. Setting incremental mode means that every command issued will move your machine the specified number of units from its current point.

For example, in incremental mode, G1 X1 will advance the machine 1 unit in the x direction, regardless of its current location.

If you issue another set of coordinates, you do not need to issue another G1 command. Why? Because the machine is in G1 mode until you change it to something else like G0 or G2 or G3.

Simple G-code commands are used for setting the speed, feed, and tool parameters.

The F command sets the feed rate; the machine operates at the set feed rate when G1 is used, and subsequent G1 commands will execute at the set F value.

If the feed rate (F) is not set once before the first G1 call, either an error will occur or the machine will operate at its “default” feed rate. An example of a valid F command:
G1 F1500 X100 Y100

The S command sets the spindle speed, typically in revolutions per minute (RPM). An example of a valid S command:
S10000

The T command is used in conjunction with M6 (M-codes are machine action codes) to specify the tool number to be used for cutting the current file:
M6 T1
On industrial machines, an M6 T command usually produces a tool change with an automatic tool changer. On hobby machines with no tool changer available, issuing a new M6 T command will generally cause the machine to issue itself a feed-hold command, wait for the operator to change the tool, and then continue the job after the “resume” button is pressed. 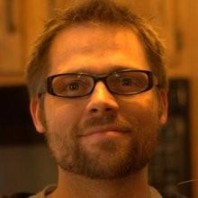