Welcome to the Maker Culture in Turkey

I first met Dale in San Francisco in October 2013. It was friendship at first sight. Makers feel each other. I invited him to Istanbul and he accepted. In February 2014 we had a conference on the Future of Manufacturing and the Maker Movement was something very important for us. Who else than Dale could speak on that.

In the afternoon the same day we had the first Maker Movement get-together in Istanbul. Not surprisingly as many of 30 people showed up. Real makers, hackers, designers, architects, entrepreneurs, activists, and just curious people. It was the birth moment of the Maker Movement in Turkey. On that day we decided a few things; first to organize a Maker Faire in Istanbul, secondly to grow the community, thirdly to met regularly, which we do ever since, on the first Wednesday every month, still at the same place.

Meanwhile almost 4 years have passed by. The number of Maker Spaces in Turkey rose from 0 to more than 60. Especially the K12 school system loved the Maker culture, combined with their STEM efforts many schools embraced this new paradigm. But also universities, many co-working spaces, incubators and even municipalities, opening up living labs and similar.

This year will be hot. Istanbul’s event promoted to become a featured Maker Faire. With now more then 400 projects, and aiming for 15.000 visitors. The venue is a very historic landmark, the famous Haydarpasa Train station at the Asian shore to the Bosphorus. On 27th to 29th October Istanbul and Turkey will hear and see and experience a lot about the Maker Culture.

We are very excited and very thankful to Dale and his great team. The attendance to the event is free. So everybody who will be around those days, are invited to join the party. We are all Makers. All Makers, unite. Long live the Maker culture. 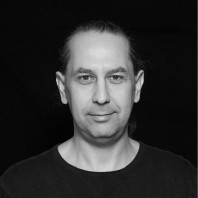