As the excitement grows for the 5th annual Grand Rapids Mini Maker Faire this weekend, we reflect on how this city began, how it has grown, and how historical and contemporary Makers alike inspire the city, its residents and people across the world.

Makers of all kinds populate the growing metropolis of Grand Rapids, Michigan. From the historical furniture industry and to the recent craft-brewing movement to the most-attended public art event in the world, this city has always been a place for Makers to thrive.

These are individuals who are passionate about creating top-quality products, and they’ve spread their wisdom and desire to make throughout the community. They’ve raised their children and inspired their neighbors with the principles of creativity and innovation.

The talents of the Grand Rapids’ youth will appear at the Maker Faire in mid-August with the fantastic abundance of resolute and tenacious Robotics teams that exemplifies how the upcoming generation has been inspired by the Maker-roots of their city.

Besides furniture, Grand Rapids is also known world-wide as the home to ArtPrize, an international art competition held annually since 2009. For over two weeks each fall, public and private spaces alike are transformed as over 400,000 people parade the streets, appreciating the works of over 1,000 artists.

Grand Rapidians highly value art as a medium through which one can express their creativity and make a statement. Living in a community with such values is encouraging to local Makers, as they have observed and taken part in this annual event, learning from and teaching other artists who make extravagant works of art.

Many submissions to ArtPrize are pioneering and avant-garde, such as the 2010 winner “Steam Pig”, which the artist described as “provocative.” With large public support and appreciation of such pieces, GR Makers are encouraged and inspired to make similarly large statements.

One profound and impressive work that’s expected at this year’s GR Maker Faire is the “Challenger Deep”, created by Maker Gary Sluis. The “Challenger Deep” is a home built, one person submarine. Weighing 3,800 lbs, this submarine can dive to depths of 100 feet. Inspired by the undersea explorer Jacques Cousteau, Sluis was fearless in his creation of the unfathomable.

The valiant, daring spirit that Sluis exhibits can be seen throughout the Makers at our 5th annual Faire. From chefs pushing the boundaries of the traditional, to brewers pursuing their passion, this year’s Maker Faire is expected to parallel the dedication and craftsmanship of Grand Rapids’ traditional furniture industry as well as the entrepreneurship and creative spark of the worldly ArtPrize event.

Another form of Maker has taken Grand Rapids by storm. Dubbed Beer City, USA, Grand Rapids has become more than well-known for its beer, with over 60 different craft breweries in the city. Serving as another inspiration for local Makers, the precision, attention to detail, and subtleties of this industry transfers over to this year’s Maker Faire.

Breweries small and large thrive in Grand Rapids. Ranked 3rd best brewery in the world, Founders Brewing Co has been around for just over two decades. Still relatively new to Grand Rapids, the brewing industry continues to grow. New breweries keep popping up around town, such as TwoGuys Brewing, which opened this past March and will showcase their products at the GR Mini Maker Faire. The fact that new breweries continue to appear demonstrates how the encouraging atmosphere of this city, inspiring Makers to become official.

The attendees of this year’s Faire can also expect a demonstration of the beer brewing process put on by Rivertown Homebrewers, another local brewing company. The eagerness of craft-brewers to inspire and teach others is infectious.

Grand Rapids is unique; rooted in both the traditional and the contemporary, with creative and experimental branches, the city is growing upward. Rich with diverse interests and passions, the 5th annual Mini Maker Faire is representative of the many types of Makers that call Grand Rapids home.

Full with food and beer, inspired by Makers of all kinds, you’ll hopefully leave this year’s Grand Rapids Mini Maker Faire with some more knowledge, a new passion, and a similar drive for success as the city’s founders and residents who have helped create the wonderful city we know today. 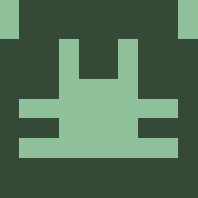 A project consisting of a local team of high school students that will design concepts for a new experimental watershed exhibit at the Grand Rapids Public Museum! Students are participating in fieldwork and research sessions on Thursdays and Saturdays throughout the Spring and Summer. The students concepts will be used to inform a major redesign of the GRPM’s current natural history exhibitions, offering more comprehensive watershed and fishery education for the West Michigan community.