Pledge your support at the crowdfunding campaign to visit the workshops, garages, studios and kitchens of Makers in Cuba.

Editors Note: Right before publishing this story, a supporter has offered to pledge match up to $3000 from today to January 7th!

During 60-plus years of political, social and technological isolation, the people of Cuba have relied on their own inventions to create the necessities for everyday life. “Making It in Cuba,” a feature length documentary in development, is looking to bring viewers into the workshops, garages, studios and kitchens of Cuba’s most ingenious 21st-century Makers for a glimpse at the sophistication and scope of the amazing self-sufficient Maker culture they continue to create.

I’m the film’s director Levi C. Maaia, a former cable TV executive, researcher and educator whose Ph.D. research at UC Santa Barbara focused on the power of the Maker movement in school settings. I want to tell the incredible stories of these Cuban Makers who continually find a way to progress and excel despite severely limited resources.

The focus of ‘Making It in Cuba’ is on the remarkable capacity of these Makers to create simple solutions for complex challenges through innovation, improvisation and adaptation.

“Making It in Cuba” bridges a half century of isolation between the United States and Cuba and will inspire Makers everywhere by honoring triumphs of the human spirit under challenging circumstances. As part of the filmmaking process, the filmmakers are hiring local Cuban crew and conferring with Cuban filmmakers. The entire project will provide a global platform and creative outlet for Cuban artists, artisans and filmmakers who, with limited internet access on the island, presently have few opportunities to share their passions outside of their own neighborhoods.

Stories that sparked the idea of the film include:

The film’s executive producer Noah Mark and I will begin scouting locations and visiting with Makers in Havana in late January 2020 with the goal of returning to film in the spring.

“Our Seed&Spark crowdfunding campaign will both enable us to identify the best stories for the film and show potential distributors that there is an appetite for true stories about Makers” says Mark who is an award-winning writer, director and producer of countless series for broadcast and cable networks. “If there is enough interest, it could evolve into a travel and culture series on Makers throughout the world.”

Mark’s production credits include hit TV series such as “The Ultimate Fighter,” “Hell’s Kitchen” and the Maker-inspired “Unchained Reaction” with Adam Savage and Jamie Hyneman.

“In Havana, we’ll also confer with filmmakers and producers and hire a local Cuban crew,” Mark says, “which will further benefit the Makers and their local communities.” 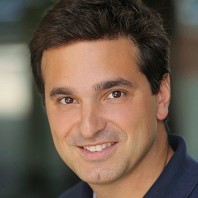 a former cable TV executive, researcher and educator whose Ph.D. research at UC Santa Barbara focused on the power of the Maker movement in school settings.