As someone who entered the world of making from the art side, I’ve become fascinated by what new media artists are doing with technology. I run a makerspace in Philadelphia, Pa., called The Hacktory, and our name was inspired by Andy Warhol’s Factory, which was meant to be a place of experimentation with all types of art. Many people who appreciate traditional art forms may wonder, “Why should we even try to use technology in art?” I’d like to attempt to answer that question in this post, and to do that I’m going to get a little art-nerdy and theoretical, but hopefully you will stick with me. My brief answer is: “Because using technology in art has the potential to create entirely new art forms, and therefore new experiences for us that can be thrilling, illuminating, and just plain fun.”

Let me start by going back to the first time I had a chance to explore how to define what an art form is. I was an undergrad art history major, in my Intro to Film Analysis class. The discussion and required reading inevitably touched on the question: Is film an art form? And if yes, is film a high art form? Those new to discussions of art theory may be surprised that this is even a question, as I was. (Of course film is an art form, right? And if there’s a class on it, it’s probably a high art form, right?)

To make our way towards an answer, our class had to pull apart or “unpack” all the aspects of film and what it’s capable of, where these capabilities overlap with other art forms, and where they don’t. I found this discussion absolutely fascinating. Here’s a great post by David Bordwell, Professor of Film at Wisconsin-Madison, that goes through all of these aspects of the medium of film in detail. Basically, Professor Bordwell describes film as a blend of photographic, narrative, pictorial, performing, and audiovisual art forms. This blend makes it new and different, and indicates that it’s an entirely separate art form from others. In my own evaluation of film as an art form, I think the juxtaposition of moving images and sound (enabling a “synchronization of the senses”) and the opportunity to tell a deeply personal story that may expand the world view of the audience qualify film as a separate and great (or high) art form.

Film’s fusion of art forms and the opportunity to stimulate our senses in ways not otherwise possible is what makes it great. I think this criteria could be used to define other new and different art forms. In that case, combining technology with these and other art practices opens the door to create many, many other new art forms, all of which may give us different experiences. A few of my favorite examples of art that incorporate technology in amazing new ways include Chris O’Shea’s Audience (video below), Graffiti Research Lab’s L.A.S.E.R. Tag (pictured above), and Fernanda Viégas and Martin Wattenberg’s Wind Map.

Right now all of these projects or pieces could be classified as “new media” or “multimedia” art, though they’re all doing different things. O’Shea’s Audience incorporates sensors to provide an experience of being a center of attention of non-human beings in a way that’s enjoyable but a little creepy. L.A.S.E.R. Tag lets you practice an ancient art form, drawing, on a surface never before possible, in a very public way. Wind Map (screenshot pictured below) uses near real-time data with algorithms to create a portrait of weather conditions that helps us understand our world and that is also beautiful.

In the thoughtful essay “What Is New Media Art?” the scholar and artist Rama Hoetzlein distinguishes half a dozen separate art forms within “new media” into which the above projects would fall (with a helpful chart too). He does this to begin to categorize these works according to how traditional art forms have been categorized, by their techniques, such as drawing, painting, and sculpture. He does this to give these new works a more solid disciplinary footing, and to help us distinguish the techniques they use from the meaning they point to.

In this post I want to get at a much simpler point. If you take a look at the right side of Hoetzlein’s chart, it gets very crowded. This is because there are so many new forms of art that incorporate technology. This is why I think artists should incorporate technology into their work. Today there are so many types of new technologies (sensors, data, internet connectivity), and all of them present an opportunity to create new ways of interacting with objects and ourselves, provide new experiences for us, and may uncover new meaning.

By using a piece of technology in a new way, you can literally do something that was never possible before, and create a new form of art. I think we should want as many artists as possible doing exactly that, because that’s what makes life interesting for the rest of us. For this reason, we’re creating a special residency for artists at The Hacktory. It’s called T.E.R.A. Incognita, or Tech Education and Residency for Artists. It’s going to be specifically for artists who are new to technology and who need a stepping stone into the world of new media art. We have a Kickstarter campaign running right now to get it off the ground, so please check it out and consider backing it or telling your friends. 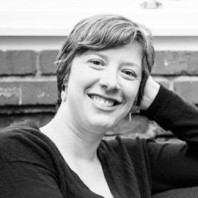