And I’m here to tell ya — and I’m not just saying this because I work for them now — Maker Faire is the closest thing to Burning Man I’ve experienced, only with less dust and more pants. Seriously.

The overlap between the communities is (as one would imagine) large, and while Burning Man provides a physically challenging, celebratory platform for Makers of all stripes, Maker Faire provides a more accessible, family-friendly (in the ease vs. effort sense) version of the same.

They’re both grand exercises in sharing and celebrating the fruits of creative expression, and finding like-minded folks eager to appreciate, help or collaborate with you and your crazy projects. And lucky for those of you unable or unwilling to venture to the desert, plenty of Burning Man art installations find their way to Maker Faire.

So … here’s my quick (and completely non-exhaustive) round-up of some of the amazing Burning Man art installations you’ll get to experience first hand (and dust free!) at Maker Faire this weekend. Come check it out! (The hero image above, by the way, is of Jessika Welz’s Celestial Mechanica, which appeared at MFBA 2015, which sadly won’t be there this year.)

Landau the Dragon
by Brett Jacobs
Landau is a fire-breathing steampunk metal dragon built on top of a motorcycle. He has been cruising the Black Rock Desert as a mutant vehicle for over 6 years. This technological monstrosity uses pyrotechnics and engineering to inspire and delight.

The King Mahtusahn
by Angelo Taylor, Sharyce Rains and David Fourby
Climb aboard The King Mahtusahn and take full control of all of its functions. Destroy all the kitties with their LED shooting canons (not literally).

Fuocco Falena
by Therm
Therm is renowned for their use of turbines and liquid fuels effects, pushing the boundaries of controlled flame. The Fuocco Falena — a stainless steel moth like creature — is a creature from their latest work, Le Attrata.

Mechateuthis
by Barry Crawford
Mechateuthis is a kinetic sculpture of a mechanical giant squid. Its 8 digitally-controlled motors power the movements of the arms, beak, eyes, tentacles, and mantle fins. Watch Mechateuthis move on its own or turn a crank to control a movement.

Pulse
by the Flaming Lotus Girls
Get a preview of the Flaming Lotus Girls’ latest sculpture (in a long line of impressive work). Pulse is an audacious, anatomically-correct heart suspended in the air, beating fire through its four chambers. You can play with the flame effects, explore their scale models, and learn how they create big art. 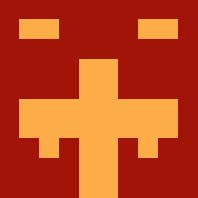