If I had to use only two words to describe CES 2017, they would be SMART and CONNECTED. Which, after a while, left me wondering how smart do things have to be, and how connected do we need to be?

Everyone is doing things that are “smart,” some are trying to set themselves apart by using different terminology like “intelligent,” but in the end it’s all the same. I wrote down just a few of the categories that I saw throughout the show, but it was truly endless — smart shopping, smart recycling, smart exercising, smart recipes, smart entertainment, smart car, smart home, smart wash, smart TV, smart water, smart food, smart management, smart settings, smart tracking, and on and on. The Verge’s coverage is a good example of how it left me feeling.

A lot of what I saw, regardless of what “smart” category it was part of (kitchen, cars, personal, or enterprise) aims to increase safety, lessen waste, maximize efficiency, and improve user experience. While I like the idea of smart stoves for safety, and smart cars for the same reason — in a way, the user is less and less involved, human error is mitigated, and everything is automated, controlled, prescribed, foreseen, expected. In a way, we are eliminating the very things that make us human. Refrigerators can talk to you, tell you how to bake a cake (forget The Joy of Cooking). Everything is focused on new ways to access and consume content.

One of the most interesting new trends seems to be holograms as a content delivery system. I saw multiple companies focused on this technology, and it was actually pretty impressive, even with the Star Trek-like demos. Emeril can appear right before your eyes in your kitchen, stand next to you and teach you to cook something, and if you need to grab something on the other side of him, you don’t need to walk around him you can walk right through him.

Along with all of these new ways to access and consume content for adults, the same thing is happening for kids with the development of robot friends. Parents can set the parental controls, but kids can interact with these things just like we do with Alexa or any other voice-activated system. They can ask it to call someone, wake them up, tell them the time, tell them a story, get answers from the internet, like “why is the sky blue?” I guess our kids have to keep up with the times, too, but how disconnected are we making them by getting them connected?

The coolest connected device I saw was the connected mirror by Haier, basically an interactive touch screen with all your apps and connected smart devices, so you can control everything from your bathroom mirror when you’re getting ready in the morning. You can check the weather, traffic, set temp controls, lighting, music, whatever. You can even link to your Haier smart water heater to set the amount and temperature of hot water you need for your shower. Conservation was another big theme. Water, recycle, and smaller living spaces.

There was a large smart kitchen / cooking expo area that had everything from smart pans to Nomiku competitors like Gourmia. I think this will be a quickly growing market.

Another huge focus was VR. It’s getting more and more immersive with the addition of touch technology. It still has a long way to go, but I saw a number of companies working to incorporate the sense of touch. It’s a strange sensation: interesting, but not quite real.

Most of the Chinese companies displaying VR technology lured you into a world of pole-dancing women, so objectification is still alive and well on the show floor! I asked them all why they didn’t have two displays, one with women, and another one called “Magic Mike.” They laughed, but I could see wheels turning — it could be a thing next year! I also overheard an older exec of Polaroid complimenting his underling on his selection of models for their booth, “good personalities, able to hold a conversation, still attractive, but not so pretty that they’re dumb as rocks.”

A somewhat unexpected phenomenon was air purifiers — they were everywhere. Considering the month that Beijing had, it’s not all that surprising, but it was interesting that EVERY Chinese company, regardless of whether or not they specialized in air purification, had an air purifier on display. Even companies showing completely unrelated technology had an air purifier. At one point I though maybe they just brought it along to purify their own personal booth space.

As for drones… maybe I missed an area, but drones didn’t seem to be huge this year. Mostly, it looked like the same companies with new products. There was one cool start up called Dotterel that was attempting to take out the noise of the drone so it can be used to film and collect sound at the same time, like for film production. They had built a sound barrier of sorts, and changed how the propellers directed the air in order to decrease the noise factor by 40%. They claimed to be the only company currently doing this, or being successful at it.

The latest offering from DJI

Wearables seemed to be heavily focused on fitness and health monitoring. Wireless earpieces, tracking devices, and there seemed to be more devices geared for the professional athlete, and a large focus on runners. Sole inserts to give you feedback on your run, drones that are meant to run alongside of you and give you feedback (this one is a long shot, since this is illegal in most areas…but maybe one day).

The most applicable wearable I saw was the Samsung EMM, or Employee Mobility Management. The device is worn by employees who work in the field. Janitors at SFO are already wearing the device, and it enables management to assign tasks, and keep track of everything — from where the employee is, to how long it took them to complete a task. They can clock in, clock out, accept a task, complete a task. Efficiency and accountability. And they thought they “worked for the man” before!

Cars at CES were smart and connected. Everyone is developing a smart and connected car, or an application to go with a smart car. NVIDIA looks to be driving this space (pun intended) with partners like Ford, Audi, Mercedes, Volvo, and BMW. Their AI solution Drive PX2 is pretty impressive, and instead of being an entirely autonomous vehicle, for now, it’s an AI co-pilot that makes the driving experience safer by tracking the driver through face recognition, lip reading, and gaze tracking. In other words, it knows when you’re not paying attention, at which point it becomes the pilot.

Toyota is taking a more personal approach to the connected car, and making it more about a relationship with your car — you learn about each other, get to know each other, it learns your habits, likes and dislikes, it can track your happiest point on a road trip, and you love your car. A little weird for me, but who knows.

Hyundai is another one who seems to be trying to set themselves apart by taking a different approach to the smart car, which they call “Health Mobility.” It has biometric tracking, and can sense when the driver is tense, etc. It lets the driver know when it sense increased tension, and keeps the driver focused = safer driving. Not sure it’s up to compete with the others, but it’s an interesting idea.

Here’s an overview of Ericsson’s 10 Hot Consumer Trends for 2017 that I thought captured the emerging trends at CES really well, and seems pretty on par with everything being shown:

Qualcomm had an explanation of IoT and an interconnected world that I really liked: “Where things are smart, security rich, and work seamlessly together.” This is broad, but IS the desired end result of everything currently being developed that I saw at the show. It seems everyone is working toward this in some way. 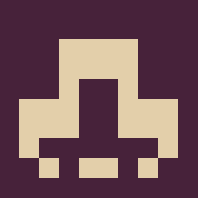 Cecily Benzon has been at Make for five years, and is a also a maker. She enjoys making things with her kids, pattern making, painting, upcycling, inventing new products, and turning ideas into physical, tangible pieces. Before following her passion at Make, she attended UC Santa Barbara, served on active duty in the United States Navy, studied Art Direction and Design in Atlanta, GA, and worked in the B2B tech industry in San Francisco in the early 2000’s.