Mooninites, from one of the Duo 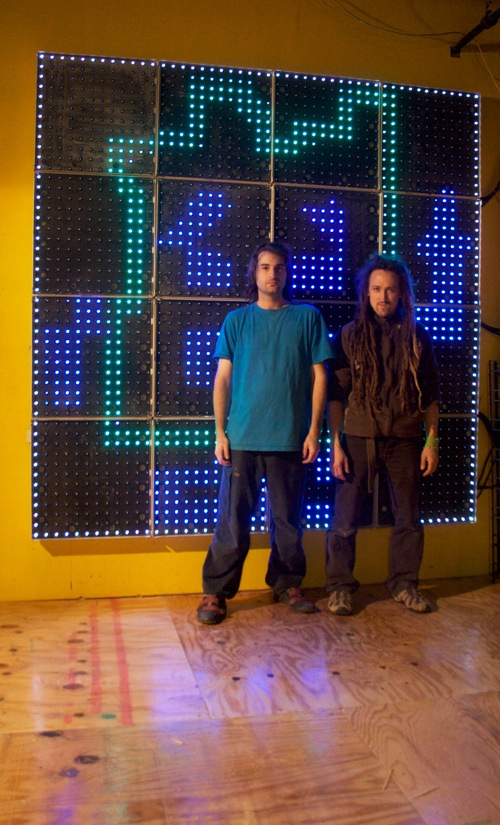 Here’s a note from Sean, one of the people who were in the media last year for the Mooninite event, he sent this in… post in the comments with you thoughts! –

Hi, I’m Sean Stevens, From the infamous Mooninite Madness of 1-31-07. Unfortunately I’ve been totally buried in work and other things so I didn’t have a chance to “celebrate” the anniversary… But if you would, please send a heartfelt thank you to everyone who has remembered the day. It’s a scary world where the people in Office don’t understand the need to change things, Make them how we want. But it’s a basic desire. The desire to Create. The desire to Make things Better. The fact that people have created Bushinites and Binladenites…. Even a Zebblerite! And put them all over Boston…In some of the same spots even… To me it’s a real show of strength and civil disobedience. Of course, I know it’s all in fun too… That’s all it was ever meant as. (Though I prefer the “LOLz” spelling personally) Anyways, I hope that more people will put effort into trying to understand things that they don’t… Fear of things that aren’t understood that is the root cause of Terrorism. Until more people start thinking for themselves and stop letting the government/media tell them what is truth I’m afraid we are stuck with that fear. Government and Police can only write laws and try to stop those who break them. Then they can publish stories of their “Success” and hold press conferences… To make us think we are safe. But we aren’t. Rely on yourself. Rely on Community. Live your life, be aware of your surroundings. The only thing worse than loosing one’s life is giving it up for false safety-Sean Stevens

28 thoughts on “Mooninites, from one of the Duo”