Access and the Sustainability of Makerspaces; New York to Nigeria

A maker, according to Spencer Wright, is

‘a cultural signifier — something that denotes a certain sense of whimsy, combined with a bit of precociousness and craft. In the best cases, makerism is simply a gateway to something else; it’s a stepping stone that eventually leads to a product business or a manufacturing operation’

In maker culture, spaces that enable people create anything (makerspaces) are open and accessible to the public. This enriches the community as a whole and promotes positive network effects that improve personal expertise and value. While this is intrinsically good, the model often falls short in the sustainability of such spaces. To create anything requires space, machinery and people, a combination that takes immense resources to keep running. Increasingly, many spaces are iterating different models for improve this.

New Lab is a maker’s paradise. The former navy construction yard was refurbished into a co-working space over a five year period in a $35 million project that involved the city, state and private backers. In the same location that hardly had a roof and was overgrown with weeds now sits a manufacturing centre.

When the space opened, New Lab only admitted hardware startups. They have since opened that up to other companies working in the AI and blockchain space. According to the Director of Membership, Alex King, the lab is interested in early growth stage companies, in their experience these entrepreneurs come from accelerator/incubation programmes.

Their members come from everywhere: 10xBeta, a product design consultancy developing their own products in-house; Lynq, developed a tracker that got 300% funded on Indiegogo in just one day; Big Rep, that produces a 3D printer with 1 m³ volume.

Members also include companies operating in other countries, like Ultimaker who furnish the 3D Printing Lab in the space with 3D printers and are holding the demo of their newest printer, the 5S, there. There are also corporate partners such as Intel who have a space set up so other lab members working on projects that intersect with Intel technology have access to some of their flagship products.

With all these features it comes as no surprise then that New Lab has a membership fee, and an application process to become a member. This presents a barrier to entry for most makers in the community who would naturally congregate at such a space to create anything. However with 107 member companies (with 600+ people) in just over a year and half, their model is clearly working. Alex understands this very well, he notes that people come to be part of the community, the larger network of other technology companies.

Such network effects are already yielding fruit. Early in their product development, JUMP Bicycles had issues with powering their payment system on the electric bike. Voltaic Systems, a solar energy company also at New Lab, were able to assist them to solve this.

Such product development collaborations are aided by New Lab who have a Product Realization team. This is a team of specialists who are available to the members for consultation for free; if the members require their expertise for a particular project or a continuous extended period however, they have to pay for that time.

Their memberships are also tiered: full members who are companies that require dedicated working spaces (such spaces are also different, which affect the fee) and flex members who have no dedicated spaces and are typically in the lab occasionally. Flex members are usually companies who have their headquarters in a different location and need to be in New York for business from time to time.

Where does a maker fit into at New Lab? Nowhere, there is no place for one.

This is in New York after all, where a google search for ‘makerspace’ will reveal no less than twenty-five spaces that cater to a tinkerer looking to hack together a prototype. New Lab’s members are actively working on products that will be in the market soon, that focus is important for the vision of the lab which is planning a venture fund in the near future. Restricting access to first rate facilities such as this could affect the community who can probably not afford the fees, but the New York maker community could turn to other spaces.

For a maker in Lagos, Nigeria there is no other space to turn to when the GE Garage in Victoria Island is permanently closed to the public. Once a year, the garage opens to admit a class of people to their training programme. One wonders if this is a matter of sustainability or, like New Lab, of focus.

In four years since it first opened, the garage has only been accessible to the public for a month — the very first month it opened. Surely, this can only aid a dusty 3D printer situation, à la Sean Maroni. In that first month, the 3D printers, CNC mills and other tools were set up and run by technicians from TechShop. The lab was closed soon after and re-opened in November 2016. Since then, the training programmes have trained two batches of about 40 people each on entrepreneurship, pitching and digital design.

Administered by Neubridges, participants in the training programme are entrepreneurs with product ideas that use the programme as an opportunity to prototype their concepts using the tools in the space. Elephab, one of the earlier participants, has gone on to raise an undisclosed amount of funding to build their business of 3D printing replacement parts.

For Najeeb Yunusa, the training programme presents an opportunity to work on a prototype for his maize planting machine idea. While the size of the product concept is too big for the Makerbot printers available at the garage, he will be able to 3D print some it. The electronics he will purchase himself. In just one week he has designed some of the machine using Autodesk’s Fusion 360 and hopes to have a prototype by the end of the three month programme.

Interestingly however, these entrepreneurs leave the garage once their programme is done. Without makerspaces in the country there is no place to continue refining their product. In addition, the curriculum of the programme has no electronic components limiting the prototypes that can be made in the garage. The prospectus of the garage say it was opened to address the shortage of manufacturing skills in Nigeria but industry watchers know that additive manufacturing is not replacing conventional manufacturing soon.

One is forced to ask: with a dearth of makerspaces why is GE Lagos Garage restricted when makers exist who could utilize and even expand the space effectively? Are there factors that require it to be so? As the participants in the programme do not pay, how is the garage sustainable as a makerspace?

GE (General Electric) who owns the lab is responsible for its branding and marketing, this marketing does not extend to the maker community. As a member of the organizing team of Hardware Lagos, we unsuccessfully tried to hold our events in that space. GE declined.

Training-as-a-service is a model that is frequently used in Nigeria especially in the technology sector. NIIT has trained software developers forever, and in hardware, outfits like IIT and Fasmicro stand out. Such models are only useful to create technicians or industry workers however, new product development requires a culture of innovation and continuous iteration which is the point of makerspaces and indeed maker culture. My guess is it will take a maker-entrepreneur at the helm to adjust the current model used at the GE Lagos Garage or the rise of a true makerspace in Nigeria.

Access to equipment at an affordable rate is important to a maker anywhere, whether in New York or Lagos. While maker culture is catching on, it is important to pay attention to sustainability but in such a way that the focus is on bringing new products to market, New Lab clearly shows the way. 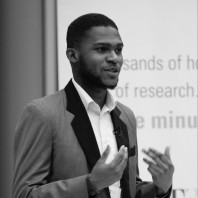 Chuma Asuzu is a designer and engineer. He publishes Hardware Things, a monthly newsletter of hardware design and technology with a focus on Africa written by makers across the continent.