As soon as I saw IKEA’s announcement for a $99 Sonos-powered Airplay speaker, I was excited for the possibilities its internals could bring. And oh boy, was I right to be. In this tutorial, I’ll show you how to whittle away the woefully inefficient compact speaker unit, and bring it to life on a pair of quality vintage bookshelf speakers.

Just a quick note about speaker selection. Be sure to select a pair of speakers that are (A) set up for bi-amping (eg. four input terminals instead of the standard two), or (B) a set of two-way speakers that you aren’t opposed to dissecting.

Spudger or pick (if you don’t have fingernails long enough)

While there isn’t much information out there on disassembly of the speaker, a little bit of hunting around the sealed plastic enclosure revealed that the fabric tab with the Sonos and IKEA logos on it functioned as a pull tab to get the grille off.

This reveals the three acoustic elements, a 1 inch rubber done tweeter, a 3 inch woofer, and a curved tuned port. The rubber inserts that suspend the grille in place are firmly seated in their holes, requiring the needle-nose pliers to remove.

Underneath each insert is a Loctite sealed #2 phillips screw, which will each give out a small pop when unscrewed, due to the threadlocker releasing.

Next is the tricky part. The front panel, with all the speakers, is sealed to the case by a friction fit foam strip. The easiest way to remove it is to wedge as many fingers as you can into the bass port, and hook them around the bend (towards the tweeter) and pull firmly and consistently. Be careful not to yank the whole assembly too hard, as there are a few connections to the motherboard inside that can be quite fragile.

Once it’s free from the foam seal, it’s easiest to open it up like a book, in order to get to the four spade connectors, two per driver, and the small flex cable for the buttons and status lights.

There are two different size spade connectors per speaker, a smaller one for ground, and a large one for the positive terminal. Be careful removing these, they are locking spade connectors, meaning that if you pull directly on them, something important will give instead of the connector. Pull back the clear heat shrink, and locate the small locking tab. Squeeze this down with the needle-nose pliers as you pull, and they come off with little to no effort.

Next is the tiny, fragile 8-pin flex cable, and corresponding connector, which the motherboard uses to connect to the front panel controls and indicator light. After peeling back the small oval-shaped foam tape covering the connector, use a spudger, or a fingernail, to open the latch, and gently lift out the end of the cable.

Now that the front panel is completely free, we get our first real look at the internals of the speaker, and WOW, is it impressive for the price. We’ll take a closer look at the motherboard later, but just as a precursor, we can see three large, name brand capacitors, a socketed wifi card (meaning a feasible wifi upgrade years on), and properly isolated high and low voltage sections of the PCB.

We’re next going to remove the brace that holds the foam-wrapped speaker cables in place. One short #2 phillips screws on each side of the plastic part come off, and with minimal effort, you can remove the cables and ferrite core from the clips.

The speaker cables have their own socket and connector, but watch out, as it is yet another locking connector. Use the end of your screwdriver to push the small rectangular latch towards the body of the connector, while simultaneously giving the cable a gentle tug.

On the opposite corner of the motherboard, the AC power input has a similar connector, which is removed in the same way. Next to that are the two wifi antenna cables, one red and one yellow. It is easiest to remove these by removing the blob of hot glue they are seated in at the same time. If it all comes out in one unit, reassembly outside of the case will be easier. If not, peel away the excess hot glue, and prepare for the microscopic job of reconnecting the two coaxial connectors.

Next, remove the six screws holding the motherboard in place. Be careful with the four screws closest to the bottom of the unit, as they are threaded into a cast aluminum heatsink, and require just a bit more torque. Remove the board from the enclosure, turning it diagonally to avoid the internal ribbing of the enclosure.

This surprisingly large heatsink is held in by three more phillips screws, but be careful not to damage the two thermal pads when removing the screws. Remove the heatsink, and use four of the six motherboard screws to affix it back to its spot on the board.

Now that the motherboard and heatsink are one again, we can look closer at the board, and marvel at the quality of it. A good mixture of cheaper and more compact SMD components, as well as appropriately beefy through-hole components. Each side of the board has its own EMI shielded enclosure, with the computer on the front, and the amplifier on the back. Plated mounting holes, heavy doses of solastic, and name brand components all jump out as features of much more expensive circuitry.

Back to the front panel, we can remove the four small phillips screws holding the button assembly to the panel. Remove these, and the buttons, rubber membrane, and small daughterboard are freed.

Now, slowly peel the flex cable from the bottom of the enclosure, as it’s needed to connect the two circuit boards. It’s worth noting that the 8 contact pads of the flex cable face towards the circuit board upon reinsertion. Remove the two phillips screws around the AC socket, and reconnect it to the motherboard for testing.

Next up are the two oddly angled antennas in the top of the enclosure. Engineering-wise, these feel like an afterthought, as they each have their own plastic bracket connecting them to the enclosure, instead of having their mounts molded into the plastic, like all the other components. Speculation aside, they’re easy enough to remove, using a bit of force on the bottom of each bracket breaks the strong double-sided tape holding them in, and the hot glue holding the antenna cables into the enclosure is easy enough to break.

Now we have all the electronics free, it’s time to connect them to the speaker and give it a quick test. This is what you should have in front of you.

Along with a speaker, of course. This is where things start to differ. As mentioned in the beginning of this tutorial, you will need either a bi-amp-able speaker (i.e., separate terminals for woofer and tweeter) or a two-way speaker for which you can bypass the internal crossover. These are two discrete digital amplifiers, one for the tweeter, and one for the woofer. Bridging them not only causes the amplifier to shut down, but it may damage your $99 pile of circuit boards and wires.

The connections are as follows, for the tweeter, red for positive, black for negative, just like the textbook says. For the woofer, blue for positive, and white for negative. A polarity swap isn’t the end of the world, it’ll just cause your two-way speaker to be out of phase with itself. I have my board connected to a vintage JMLabs bi-amped two-way bookshelf speaker, as shown below.

Plug in the AC cord, launch the Sonos app, and launch the real star of the show, the TruePlay tuning feature baked into the app, and your board. Follow the directions, disregarding that your speaker isn’t in its final resting place, as you can simply retune it later. The TruePlay software quickly adapts the digital crossover within the board, allocating the correct frequency ranges to the woofer and the tweeter of your speaker, making it sound near perfect.

And there you have it! One half of the perfect budget Sonos system. Repeat the procedure for your second speaker, maybe build yourself a nice enclosure for the electronics, and relish in the glory of a beautiful pair of Airplay-2, Sonos-enabled, TruePlay-tuned speakers for a few hundred bucks. 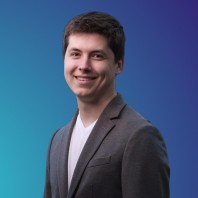 Ben Hobby is a 18 year old maker (and destroyer) from Maryland. When he isn’t building 3D printers, CNC machines, electric scooters, or raiding yard sales, he studies mechanical engineering and music at the University of Maryland, Baltimore County.