The Itsabob is a whimsical toy that simply makes a balloon go up and down. The product falls into a genre of a new breed of devices that straddle the world of art, technology, and product design. Forfeiting utility for play, most “device art” are “useless machines” designed solely to create a sense of playfulness and wonder. From the reactions of the kids (and adults) in the video below, the act of releasing a balloon and being able to reel it back in that Itsabob provides can delight and entertain.

But what is unique about device art products like the Itsabob is that they driven less by traditional market demands than pure artistic vision. With the help of crowdsourcing platforms such as Kickstarter, artists are finding an audience and market for their artwork outside of the galleries and museums.

Instead of producing a few paintings a year, artists can create small production runs of 100–500 pieces that can be solely distributed online. Though it can be difficult for most artists to move from prototyping to production, rapid prototyping tools and inexpensive resources for manufacturing are now more accessible than ever. This seems to be a natural evolution of the Warhol factory.

The Itsabob is a derivative of artist and inventor Jed Berk’s prior work with networked inflatable art forms such as the ALAVs and Blubber Bots (featured on the cover of MAKE Volume 12).

The handheld device is void of any buttons or switches and is operated by squeezing to engage the motor in order to reel the balloon in. When released, the helium buoyancy of the balloon allows it to float back up again.

Designed by various artists, the balloons themselves are intended to be collectible art objects. The project took a few years of prototyping and multiple iterations to distill it down to one simple and elegant “squeeze and release” interaction. And naturally, even the design process was translated into an artful video created by director Cat Solen.

The Itsabob Kickstarter campaign has about a week to go and is close to meeting its goal. 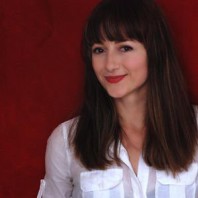