Though his highest-powered laser won’t be flipped on at the Des Moines Mini Maker Faire, he’s more interested in a different kind of lightbulb moment.

“Somebody might say, ‘He likes lasers, but I like something else, and maybe I can make that real, too,’” Powers said.

Powers’ innovative hobby started at a sixth grade science fair with a basic laser built from a fiber-optic cable.

He has since graduated to taking apart everything from surgical equipment to digital projectors, building increasingly elaborate laser housings complete with fog machines.

“It’s a lot of different backgrounds all combined together that have created who I am now,” Powers said. “One of my major hobbies is building things. I built my first laser lightsaber six years ago, and I just keep doing it. I keep making more because they’re fun.”

A lifelong Star Wars enthusiast, Powers will show participants how several laser lightsabers work on Labor Day as a first-time Maker Faire exhibitor. But he’s not revealing all the details about his exhibit just yet.

“Each one I make gets a little more complex and a little more complicated, and I put more features into it,” he said. “I have one really cool one that I’ll be bringing that I don’t want to tell anyone about until I get there. It won’t be running, but it’s a really neat piece, and I think people will really like it.”

His extra-special laser is a secret, but his Maker mindset isn’t. Powers hopes to inspire the next generation of Makers to build dream projects of their own.

“I can build these things, and I think everybody else has that same potential if they just have confidence in themselves to go out and try it,” Powers said. “That’s why I want to tell people about what I do, so I can inspire them.”

These lightsabers and much more will be at the Des Moines Mini Maker Faire, being held Monday, September 7, at the Science Center of Iowa. For more details, go to their website. 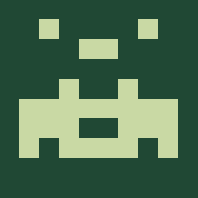