Here’s a look at the first month of 2021 in Open Source Hardware! In January we had 139 pieces of hardware certified as open source, 119 of those were from SparkFun Electronics. A total of 9 different countries were represented in this month’s certifications. Categories represented were Electronics, Wearables, IOT, Sound, Environmental, and Science. Overall January was all about derivatives – the true way to know if the source is sufficiently open!

Another Arudino derivative certified this month is the Skinnerduino (MX000026). The Skinnerduino is an Arduino UNO shield controller for operant conditioning chamber (AKA Skinner Box).

The PMOD to Qwiic Adapter (SE000011) was certified this month, which is a derivative of two products from two different companies. The two prior products this derivative marries are the Qwiic system was invented at SparkFun in 2017 and the Stemma QT system as a derivative of SparkFun’s i2c system created in 2019. This board breaks out I2C PMOD boards with the Qwiic and Stemma QT ecosystems of boards.

A derivative is the best compliment a piece of open source hardware can receive. So congrats to the derivative creators and the original hardware inventors! In addition to the derivatives, there were a couple projects that were beautifully designed and deserve a shout out. The Winterbloom Sol (US001030) is a sound project with a lovely design. Watchy (US000936), a wearable, is another beautifully project certified this month.

It was exciting to see the OSHWA suggested “IP facts label” on one of the projects as well and a great way to launch into 2021. The ESP32-Touchdown (NL000004) posted the IP facts label in their source, making it easy to see which licenses were used for various parts of the project.

You can easily include an Open Hardware Facts label in your source, packaging or website as well: https://github.com/oshwa/certification-mark-generator

Tickets are available and for sale on Eventbrite. Standard and Backer tickets must be purchased by March 25 to help ensure your goodie bag arrives before the summit and We invite talk proposals from individuals and groups. Submissions are due by Thursday 2021-02-11 at 11 PM EDT. Apply Here and get more info here. 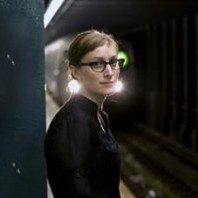 Alicia Gibb is the founder and Executive Director of the Open Source Hardware Association (OSHWA), an organization to educate and promote building and using open source hardware.

She also directs the Atlas BTU Lab (Blow Things Up) at CU Boulder, a hackerspace where she teaches in the areas of physical computing and information technology.