Patent Pandas: How One Maker Is Turning Her Horrible Experience Into a Force for Good

What do you do when you find out that someone is trying to patent your idea and claim it as their own? It’s a question that no one should ever have to face. But as ideas spread faster than ever, through online communities, open-source research, or even crowdfunding campaigns, opportunists with an eye towards profit have myriad chances to snatch up original inventions and put them behind lock and key using US patent law. Inventor Jie Qi found herself facing this exact situation when an individual who had previously backed one of her crowdfunded projects filed a patent on her research.

The bad news is that the US Patent Office did issue the patent. The good news is that the patent-holder never sued Chibitronics, and Jie is optimistic that even if a legal battle came up, it would be easily won by her side because of ample “prior art.” (That’s evidence that she and her collaborator, not the patent-holder, came up with paper circuits). “I learned that even if something starts within the warm and fuzzy nest of open source, it may not stay there,” Jie wrote of the rollercoaster experience. “So it’s worth noting—especially you open makers out there—that as your creations grow in scale and reach new communities, be aware that you may start running into similar situations around patents.”

To help others who might find themselves in the same situation, Jie launched a website called Patent Pandas to share her story and additional resources. Patent Pandas has a helpful resources section with a table of contents including articles like “What Is a Patent?” all featuring friendly panda illustrations by Jie’s younger sister, May Qi.

They chose cute pandas intentionally, to help demystify the sometimes confusing and scary realm of patent law. Jie worked to develop the content for Patent Pandas in conjunction with experts and reviewers from various law clinics, and provided a list of pro bono resources.

Instead of responding to the patent trolls who came for her work by avoiding future open-source projects, she continues to share her work openly and speak publicly about her experiences, including how people banded together to support her. “It was really amazing how many people were excited to help,” she said at the conclusion of her Patent Pandas launch talk at the MIT Media Lab.

She’s now asking others to share their own patent stories on Patent Pandas and shine a light on this issue. By turning her month from hell into a teachable moment, Jie is helping makers everywhere and taking a stand against those who might seek to sweep the innovations of the commons into their own pocketbooks. 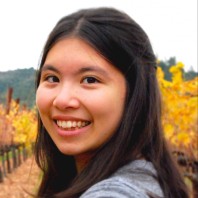 Adora Svitak is a Bay Area-based writer who has presented on education and youth empowerment to audiences at the United Nations Economic and Social Council’s Youth Forum, TED, and numerous conferences around the world. She blogs at adorasv.blogspot.com and tweets @adorasv.