We set out last year to create an open platform – in the vein of Qualcomm’s Alljoyn initiative or The Thing System – to let developers hack on the Internet of Things. Our vision was to create something more fun, easier and more engaging — something like IFTTT, but for devices and apps – so developers can start to create a world of apps that makes our lives easier by discovering the unexpected value out of devices connecting to each other, regardless of manufacturer, large or small, brand, or maker.

In September of last year, we were one of ten teams accepted into the StartupBootcamp Amsterdam accelerator program, which ran from October 2013-January 2014. We were there to address one problem and one goal. How do we bring a platform to market? More specifically, our challenge was to make a cloud “platform as a service” idea understandable and digestible so people could and would use it.

Through hundreds of interviews with mentors, makers, Arduino-heads, and app developers, we discovered the problem was not that they didn’t want to break into the Internet of Things. The problem was the developers were constantly frustrated with their inability to grasp and use Arduino and hardware, while the hardware makers were unable to design useful apps for their super cool devices. There were simply no tools that translated device data into something actionable and usable for an app developer, nor were their easy ways for manufacturers to publish and manage their device data, safely and securely, on the Internet.

What emerged from that feedback was a hybrid product: something that was hardware, but packaged with a fun, accessible design that wouldn’t look scary to developers and can be used right out-of-the-box to program apps for the physical world. The feedback also informed us to include Bluetooth Low Energy, WiFi and sensors. Finally, the feedback confirmed for us that the only way to grow our vision was to go the route of open hardware and open software.

We thought of a kit. We initially landed on a “Forest Gump Box of chocolates” with a variety of sensors where developers could choose the ones they want. We quickly discovered that there were too many opinions, so we focused on the common sensors most people wanted and created one solid “chocolate bar” — breakable, detachable, modular, wireless, cloud-enabled, with SDKs, tutorials, demo apps, etc.

We christened it KitKat because of the break and place idea. But Google already beat us to it (with the new version of Android) and we didn’t want to risk lawsuits. So we came up with “WunderBar;” we figured Cadbury wouldn’t make too much of a stink. Our aim was to enable developers primarily and get them thinking and feeling hardware, with a software mind: Break, place, program, as easy and fun as chocolate. The package is a WiFi/BLE base, with 6 Beacon/ BLE modules with sensors.

Next, we asked some friends of friends at tweetonig to mock up some designs of a chocolate casing. They were gorgeous! It was feeling truly fun. They did some 3D prints — perfectly fitted to the hardware designs. It worked. From there, we moved fast to launch our crowdfunding campaign. We scrambled to launch right after the holidays. You can read more about that chapter here, including our decision to switch from Kickstarter to Dragon Innovation — a nerve-wracking experience, but one we do not regret.

Since then we have received coverage across the net from big to small tech blogs, which in turn led to strong corporate and educational interest in our product. Most significantly, a university ended up placing the single biggest order to date: 20 WunderBars, and it wanted a workshop for their 35 students. They are really the ones that made us realize that the value of the WunderBar goes beyond just app developers, but lies in education.

The press also helped us generate leads with three large European electronics distributors, with whom we are now in discussions about distribution. They have all done big business with Rasberry Pi and see the WunderBar contributing to the maker movement in a similar way, but again, not from the hardware perspective, but from the software perspective on hardware and connecting things together into usable apps. The distributors also see a large market into all sorts of educational facilities, one we never intended to address.

Another realization from the crowdfunding campaign was that many of our backers felt it should be even easier, and we should take WunderBar one step further, so even non-developers, even my grandparents or my kids, could start making things smart and discovering the Internet of Things.

The idea of the chocolate bar was simply a gimmick at first, but it has since proved to be an attractive and funny bridge that made the idea more approachable and inspired companies, universities, and non-tech people to think about creating a real Internet of Things. Now after only three weeks since our crowdfunding launch, we are a lot closer to our vision! 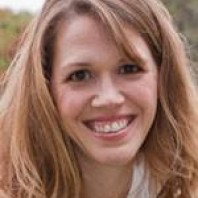