As part of the promotion around The Best of Instructables Volume 1, PT offered me a guest blogging spot at Makezine, which I naturally jumped at. This is the first of my periodic posts

In the best talk of the 2008 Web 2.0 Summit Al Gore called for president-elect Obama to make a man-on-the-moon-like pledge to generate 100% of the United States’ electricity from renewable and non-carbon sources within 10 years. Al Gore is truly an amazing orator, and when he got fired up about the climate, renewable energy, energy independence, and how it could play a centerpiece of our economy, I got fired up and so did the rest of the audience.

What really sent shivers down my spine was this observation: When Neil Armstrong first stepped on the moon, the average age of the control engineers running the mission from Houston was 26, making them 18 when Kennedy made his pledge in 1960.

Generating 100% of our electricity from renewables and non-carbon sources in 10 years (let’s call it 100-in-10) is the same caliber of challenge, but unlike getting to the moon — which was something only a government could do at the time — building a full economy of renewable energy should be orchestrated by the government, but requires the efforts of countless makers. I seem huge numbers of opportunities, both large and small, to make a difference and have impact. Get an engineering degree and invent a new type of powerplant, design and publish plans for low-cost DIY solar home heaters, be an advocate of renewable products and services.

This is cross-posted on my site, Instructables, here. The image is (CC) Brian Solis, www.briansolis.com, bub.blicio.us. 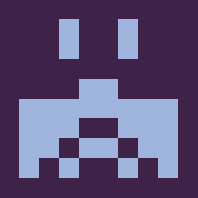