Bypass Your Monitor with a Headless Raspberry Pi Interface

My inspiration was the fact that existing ways to control and interface with our Raspberry Pi projects aren’t comfortable to use and seem to be overly complicated. I don’t like using another computer when I just need to shutdown my Pi, or even use a UART adapter to connect it to a wireless network. Instead, I’ve decided to make an interface that I could use for those things. Once I started working on it, I’ve understood that it could be used in many more applications — and by many more makers! Thus, the pyLCI project was born.

The idea is simple — take your Pi, attach a HD44780 character display (very popular in starter kits, about $3), attach some buttons, then install & configure the system and it works! Currently, it has applications to control WiFi connections, adjust volume, show I2C devices connected, shutdown/reboot your Pi, control a music player and show system info. It can do much more, however, because it’s easily expandable by adding new applications for it. It also has “device drivers” — meaning that you could use different ways to connect a display and buttons, such as GPIO, I2C expanders, or, for example, use a USB keyboard/numpad as an input device!

Since I’ve started using this system on all my devices, my Raspberry Pi workflow has become drastically better and I’ve got many more ways to interface my Pi projects because of it.

So, I’ve polished it, made install scripts so that it can be installed without much typing, made documentation for it and now other people can use it, too! I’m now searching for people who would be interested in using my system and writing applications for solving their problems. I’m also looking for feedback so that I can make it more suitable for solving all kinds of problems we have.

Looking for more information? I have a Hackaday.io project page, and here you can read about my latest release. 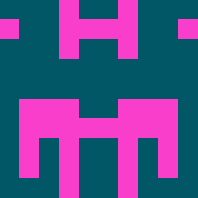