Nvidia reached out to makers with a late Valentine’s gift today, the launch of the budget-friendly Jetson Nano, a single-board computer geared for robotics and AI. The previous three generations of Jetson AI cores have been at the heart of many industrial robots, but their price tags have put them out of reach of many hobbyists and makers. The new Jetson Nano runs the same software as these higher-end boards but comes in a smaller package with lower wattage requirements and with a Maker-friendly $99 price tag.

(We’ve gotten our hands on a Jetson Nano and look forward to doing a full review shortly.)

The introduction of the Jetson Nano at Nvidia’s GTC keynote was quickly followed by the announcement of their new robotics programming library, “Isaac.” Isaac comes with the ability to simulate an entire environment around the robot, “Isaac-Gym”. The goal is to create robot-controlling AIs that can learn by steering a simulated robot in a simulated world. Training robots in a simulated environment should be faster as well as safer: The virtual robot can be bonking into walls and learning to steer its body in simulation rather than in the physical world, in accelerated time. As robots grow increasingly complicated, this AI approach to allowing the robot to learn to drive its own body rather than attempting to anticipate and explicitly program the behavior of each motor in response to each sensor is increasingly favored. Isaac is expected to be open to the public next month.

The overarching push from the keynote was for identical behavior across all the hardware platforms Nvidia offers. The goal is to be able to rent time on a massive training cluster of Nvidia servers, using a cloud service such as AWS to create the AI model in hours instead of weeks, then transfer the model built in the cloud to the sub-$100 Jetson Nano driving your robot. If you later upgrade to the industry-targeted Jetson Xavier AGX as your robot’s brain, it should run the same program without modification, only faster. 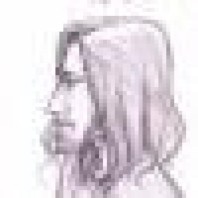