Noodle-Legged Robot Will Seek Out Legs to Cuddle With, Drool On

NoodleFeet is more or less what his name suggests. He’s a robot that gets around on appendages made from pool-floaties. His primary function is to seek out the legs of nearby humans and lean on them. While building something that can do this effectively is an ambitious enough goal, it’s the other subtle details that will make him feel like a character come to life. In addition to walking, Noodle is armed with secret retractable toes and even a salivating tongue on the bottom of each foot for the use of tasting.

Where Noodle Came From

NoodleFeet came to me in a memorable stress-dream I had one night where I was giving a presentation about a leg-hugging robot to a techno-phobic audience. As I turned the memory of this humorous dream around in my head for a few weeks, the leg-hugging robot grew into a temperamental character who I drew repeatedly in the margins of my sketchbook, and eventually added to a story I was writing (here is one of the short animations I made of Noodle on Mars!):

I love to draw, but few of my illustrations end as 3D depictions these days. Noodle was something that very much needed to become more than an idea, but the project was going to require a lot of learning and patience if I were to see it through to the end.

His Behaviors Became My Challenges

In short, I would have to build a mechanism that could not only walk and lean on legs, but also recognize what a leg was to begin with! All while the physical form maintained the aesthetic of the character I had drawn.

The place to start was in marrying Noodle’s form to his function.

To help visualize and develop my mechanical concepts, I used a free program called Algodoo. This simulator allows you to quickly layout 2D versions of kinetically inclined shapes, attach them with “screws” and “motors”, then test how they’d react when real physics are applied. It’s by no means exact, but the program will give you a good idea whether you’re on the right track or not (and the best part is that you don’t need to be a math wizard)!

In order to achieve walking, each of Noodle’s four legs should bend at a “knee” joint, as well as rotate in a “hip” socket. To actuate each of these movements I used a standard sized servo motor, making for a total of eight; two per leg.

The final leg design was modeled in Sketchup and 3D printed. I labeled his moving parts similar to human anatomy. For the equivalent of his “femur” I discovered quickly that I’d need to use a material with a tad more stability. So, I upgraded from the printed plastic to aluminum pipe.

To hold his “hips,” I printed a beefy chassis containing skateboard bearings to house his aluminum “femurs.”

Each femur has two bearings spaced an inch and a half apart to make sure all four femurs stay parallel to one another.

You can see the metal femurs stand firmly in the skateboard bearings while my first wobbly plastic prototype watches jealously in the background.

To mechanically rotate the “femurs” in their hip joints, I used a gear generator to produce a set of gears: one for the servo motor and another for the top of the femur.

The servo motor responsible for the lifting motion was attached to the top of the femur, so that it could rotate along with the leg. A 3D printed “pulley” tendon connected the servo motor to the “knee” so that it could lift the rest of the leg up and down. To help offset the strain put on the motor by the weight of the body, I attached a tension spring to back of the knee.

At first, I controlled all eight of the motors with an Arduino, outfitted with a shield I built to manage all the connections.

It wasn’t long however, until I needed to sit down and make my growing child a big-kid brain capable of supporting all of his future functions. Using Eagle-CAD, I laid out a literal brain, which neatly routed all of his many wires straight down via a central “brain stem.”

It was only appropriate to use the “curve trace” tool when connecting everything, to make it sufficiently wiggle-some. The end result, fabricated in purple by none other than OSH Park, is worthy of a creature with the word “noodle” in its name.

Mounted behind the brain is a Raspberry Pi, which will later be responsible for running OpenCV.

Atop Noodle’s “hips,” sits his “head.” There is one additional servo motor mounted here for the purpose of rotating a big planetary gear, that both of his eye-stalks are attached to.

Noodle, however, has two sets of eyes; one that functions for sight, and a pair of colored LEDs which are of course, cosmetic.

Equally important as walking and leg-hugging are those extra quirks and behaviors which ultimately make up NoodleFeet’s personality. There are other tricks I wanted to add to his arsenal of surprises.

Noodle’s voice is a single-pitched, loud beep… similar to that of household appliances. I included an accelerometer on his new brain-board as well as a hearty piezo buzzer, so that any time he tilts in a direction past a certain amount, he’ll cry out in long continuous tones until someone rushes to aide him (sort of like a real child learning to walk).

NoodleFeet has these long pieces of pool noodle for his feet. For something that is named for its feet… the feet don’t do a whole lot… yet.

Out in the virtual wild, I discovered that pool noodle is sold on recreational sailing sites in various thicknesses. For most of the year, Noodle has had standard sized 2.5″ floaties as his feet. We all know bigger is better, so it only seemed right that I upgrade to the largest possible 4″ diameter size:

With more space up Noodle’s sleeves for tricks, I started experimenting with the idea of retractable toes. Imagine how surprised you’d be to encounter a robot that could root itself to your carpeting at the sight of something it didn’t like!

I had seen a video of a rock drilling probe which had hundreds of tiny grappling-hooks sprout from all of its sides to help anchor it in place. The concept was so interesting and visually awesome to me that I started brainstorming ways to give Noodle a set of similar toes.

My first working pro-TOE-type is spring-loaded and capable of articulating eight tiny hooks in and out of protective sheaths via stiff tendons which act as pulleys.

If you’re interested in how I built the mechanized toes, I have a whole construction log on my personal blog that you can check out!

Imagine, a small crab-like robot walks up to you and leans on your leg. You look down at it for a moment to consider what it’s doing, perhaps comparing the behavior to your cat. As it straightens out and begins to walk away, you feel a nip of cold where it was making contact. Upon examining why, you notice a large dark spot… and soon realize the robot has left you with a soggy surprise…

The idea of “tasting feet” has filled me with child-like glee ever since I learned this was how starfish and other “feet-based” sea creature sense the world around them. Because of this, I’ve always wanted to build a robot that had the ability to wet things. Noodle is definitely the perfect specimen to implement such curiosities.

I’m currently developing a tiny retractable tongue for each of his four feet, made from a feeding syringe and the tip of a silicon baster. In additional to the tongue being able to dart in and out form the center of his foot, a controlled amount of “drool” can be excreted from the syringe whenever he encounters certain stimuli.

The stepper-driven proof-of-concept is the most terrifying object on my bench at the moment.

Since I’ll be learning a decent amount about OpenCV, I intend to take a shot at face recognition. This way, when Noodle see’s someone he “knows,” he’ll react with specified behaviors; like his eyes changing color, a sharp assertive beep, and even a possible wet-spot surprise for certain friends of mine.

So, you’re likely wondering whether or not I’ve actually succeeded in coaxing my creation to walk. In truth, the answer is yes and no. Though I believe I’ve figured out a gait pattern that works fairly well, what keeps Noodle from bounding around the house freely is the massive amount of give in the current 3D printed parts he’s built from. After about four or five steps, all of his joints tilt, curve, and twist just enough that his center of gravity falters, leading to a nasty fall. After all, he is extremely top heavy.

Projects we love are always works in progress. NoodleFeet will be one-year-old in January, and I foresee upgrading and honing his form for as long as it takes to make him mighty. My next goal is to slowly start replacing everything that is printed plastic with custom cut metal parts and bearing linkages so that he has a better chance of walking freely without accidents.

In the meantime, Noodle has a whole runway in my lab with a guide-wire connected to the ceiling where I can work on developing him.

The best part about working on this project is how steep the learning curve is and how much knowledge is required to actually pull it off. Every time Noodle gets a bit better, it means I’ve overcome a hurdle or learned something new; so we’re both a testament to each other’s growth.

Like a first-time mother, I proudly (and obsessively) post any tiny strides I make with Noodle on my YouTube Channel, GravityRoad. If you have any feedback or ideas, I’d love to hear them!

3 thoughts on “Noodle-Legged Robot Will Seek Out Legs to Cuddle With, Drool On” 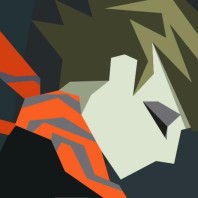 I am a kinetic artist who aspires to achieve world domination through drawing and building robots.