Every Halloween I make treats to give away. I don a costume and distribute them to everyone I meet during my Halloween travels. I call it “reverse trick-o-treating.” During October of 2012, I created a 3D-printed chocolate mold maker so I could create multiple batches of chocolates and individual trays in which to place the chocolates before bagging them. To cast the chocolates, I used food-safe silicone to make the final chocolate mold from the 3D-printed mold maker.

I had scanned the skull a few months earlier using 123D Catch and had already created a 3D printed necklace with it for my Kali Halloween costume, which I wore when I handed out the chocolates.

I used an OpenSCAD script to make a mashup of a parametric box (by Thingiverse user acker) and my skull to create the mold maker. The trays for the chocolates were created using the same parametric box script.

The candy trays were originally printed in PLA, and were only used for presenting (not molding) the food. If you’re worried, use a layer of parchment or wax paper to separate the skulls from the tray . Or skip the PLA all together and use a FDA approved polymers for direct food contact/containers like Taulman t-glase (PETT), which I’m now recommending instead of PLA.

Here are the files you’ll need:

Design Your Own Mold in OpenSCAD

If you want to design your own mold instead of using the skull mold file included with the Chocolate Skull Mold Maker (thingiverse.com/thing:33432), you can edit skullCandyMold.scad to use your own object.

I designed this mold using a mashup of an OpenSCAD parametric box (by Thingiverse user acker) and my scanned skull.

Before you make any changes, I suggest that you play around with the mold code as is. For that to work, make sure the vampireSkull_0.2.stl is located in the same directory as the OpenSCAD file.

Once you’re sure it’s working, you can substitute your own STL for the mold: just change the “filename” variable to the name of your STL. Make sure your STL is in the same directory as the .scad file.

Here’s a render of the mold maker in OpenSCAD:

Step #1: Print the Mold Maker on a 3D Printer

Step #4: Add Slits to the Mold

Step #5: Extract the Soy Lecithin from the Softgels

Step #8: Pour the Chocolate into the Mold

Step #9: Put the Mold in the Refrigerator

Put the silicone mold containing the chocolate into the refrigerator until the chocolate solidifies. This will take about 20 minutes for small chocolates. It could take longer if you are casting a larger piece.

Keep casting until you have a whole pile of little white chocolate skulls. 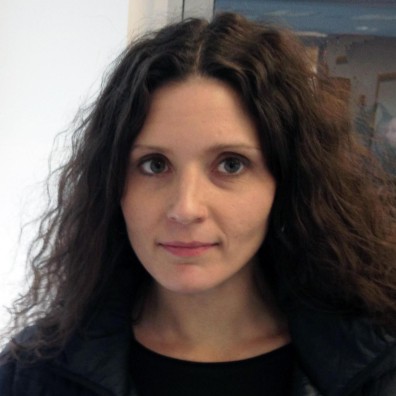