This is a recipe for ANZAC biscuits, a traditional cookie from Down Under.

April 25th is ANZAC day, which is the Australia and New Zealand equivalent of our Memorial Day. (ANZAC stands for Australia and New Zealand Army Corps.) ANZAC biscuits are a classic cookie that myth associates with World War I (they’re still getting over Gallipoli, and rightly so). My husband is Australian, so of course I wanted to make a good batch of ANZAC biscuits for him yesterday.

The trouble was, which recipe? He couldn’t remember the exact recipe, but knew it had molasses (although many recipes use Golden Syrup, which is not easily found in the U.S., or you can also substitute honey or agave or corn syrup). I looked at a bunch of recipes online. They all had roughly the same proportions, but I decided to go for the one with the most rolled oats and the most butter.

Fifteen minutes later I was staring at some tasty-looking granola. There was no way there was enough liquid to hold that batter together! I ended up doubling the butter and molasses (yum) and adding another half cup flour. I popped them in the oven and was dismayed at the flat brown discs that emerged 12 minutes later. I called Saul over to taste test. He looked them over and said, “Well, usually they look a little more … polished. But these do look like the ones my Mum made and the kids would bring to school.” He popped one in his mouth. “Wow. That’s a trip down memory lane. These are perfect!”

So, success. They may not look like much, but they’ll cheer the heart of any expatriate Australian and bring a bit of Down Under into your kitchen. Here’s my recipe:

1 cup butter (or a little less)

Preheat the oven to 350. Mix the dry ingredients (except the baking soda) together while you bring the water to a boil and melt the butter into the molasses.

Add the boiling water to the baking soda, and then add the resulting mixture to the melted butter and molasses. It will become a nice, foamy liquid that you add to the dry ingredients.

Stir together, then dollop onto a greased cookie sheet. They spread quite a bit, so make sure there’s plenty of room between the dollops. Cook for about 10 minutes for a cookie that stays soft (my preference) or 12 minutes for a crispy one (Saul’s).

Butter – or a little less 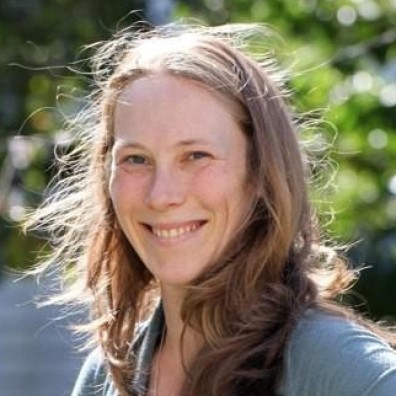