No matter how many fancy cat toys they have, there is nothing in this world that makes my cats happier than a good old fashioned cardboard box. So, taking a cue from them, I designed a cat tree that turns four regular cardboard boxes into a flashy two-story cat rocket, complete with carpet for scratching and a porthole to jumping into and spying out of. And, wouldn’t you know, it worked! I don’t think I’ve ever seen my cats more excited.

My husband has a soft spot for the Tintin books from his childhood, so we painted our rocket with the trademark red and white checkerboard design that he remembers so fondly. You don’t have to follow our lead, though. Feel free to paint your cat rocket to match any rocket ship you’d like!

Step #1: Make the bottom of the rocket.

Select the box that you will use for the bottom of the rocket and lay it flat. Find and mark the center of one side by drawing two diagonal lines from corner to corner, and making a dot where the lines cross. (Make sure you do this in pencil so you can erase the lines later.)

Cut out this entrance using a box cutter. Make sure you put a cutting mat or extra layer of cardboard inside the box before cutting so you don't cut through the other side of the box.

Set up the bottom box so it is a fully-opened cube. (Don't tape or glue it in this shape - we'll do that later.) Insert the liner into the bottom box, taking care that the corners don't catch along the sides and rip. Place the open space on the side with the entrance. The three non-entrance sides will now be lined.

Step #7: Make the second level of the rocket.

Take the third box and lay it flat. Create a 10" porthole on one side by finding the center and drawing a circle with a string compass like you did in Steps 1 and 2. (Your string length will be 5" this time.) Cut out the porthole with a box cutter.

With a bone folder, score and fold the tabs on all of the triangles so the cone will bend properly when put together. Make sure to score only the side of the tab that will be on the inside of the cone.

Now, let's build the top cone. Using one of the tabbed triangles as a template, line up the bottom of the triangle with the bottom edge of the flap and trace the angle on each side. To make sure the top flap isn't visible when you attach the cone, make it slightly smaller by moving the line you just drew in by 1/4", still using the triangle as a template for tracing. Cut flap to size using the new lines. Repeat on all 4 sides.

Grab three of the flaps you set aside when making the liner in Step 4. Cut each flap in half diagonally, creating 6 triangles.

On each long, non-diagonal side, measure in 1" and use a bone folder to score and fold a tab. You will be gluing two triangles together to make each fin, so make sure the tabs in each set fold out in opposite directions.

Glue the triangles together to make the fins, then cut the extra length off of the top of each tab.

Mark the hole location on the tabs of each fin by measuring in 1/2" toward the center of the tab, then 2" down from both the top and bottom edges.

Lay the assembled bottom box on its side. Find the center of the top edge on one side, then draw a vertical line down the center from top to bottom. Repeat for each of the three sides without the entrance.

Step #23: Attach the second level to the bottom level.

Make sure those trimmed flaps on the top of the second-level box are folded to the inside, and then center the cone on top of the rocket. On each side, punch centered holes through both the bottom of the cone and the top flap. Reaching through the porthole for access, connect the cone to the second level on all sides with 3/8" screws and nuts, using washers on both the front and the back sides of the screws. (I placed the screw heads to the outside on these.) Attach the front side first, followed by the back, then finishing with the sides. 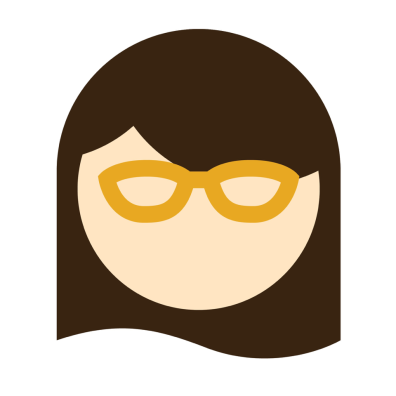 Haley Pierson-Cox from Red-Handled Scissors is a maker of crafts, a lover of cats, an avid swearing enthusiast, a cross-stitch book author, and a general purveyor of quirk. She's also sometimes an irritable cartoon named Tiny Cranky Haley. https://www.redhandledscissors.com