Extract DNA from Strawberries for a Double Helix Daiquiri

Extracting DNA from spit or fruit is a favorite science fair/Maker Faire demo. This is the adult version of that, inspired by Mac Cowell’s 5 minute DNA Extraction in a Shot Glass on Instructables. Especially his final picture, where he drinks his own salt-detergent-rum spit cocktail. Hey, if you’re going to use high-proof rum, you might as well make it tasty, right?

Extracting DNA from plant or animal sources is a fairly straightforward procedure, and can even be done at home. However, to our knowledge, no one had previously created a DNA extraction protocol that also functions as a cocktail recipe. The DNAquiri is an attempt to fill this scientific void. The cocktail consists of a strawberry puree layer and an alcohol layer, where the DNA from the strawberries is extracted into the alcohol layer. Because DNA is an extremely long polymer, when it clumps together in the alcohol layer it forms long strands that are visible to the naked eye and can be picked up with a toothpick.

Put 250g (about 2 cups) strawberries and 75g (about ¼ cup) pineapple juice concentrate (Figure A) into a zip-lock bag and seal it. Gently crush the strawberries with your fingers into a pulp (Figure B). Best not to use a blender for this step, because it will chop up the DNA as well.

Microwave a bowl of water to about 50°–60°C. If you don’t have a thermometer handy, aim for hotter than bath water, but not hot enough to burn your finger. Heat the zip-lock bag of fruit in the hot water bath for 10 minutes, then place the bag in an ice bath for 10 minutes (Figure C).

Strain the fruit pulp, using a spoon to push it through the mesh (Figure D). This step removes large chunks that make the drink a little bit chunky.

Put about 50ml of fruit pulp into a glass, then gently layer 10ml of ice cold Bacardi 151 on top (Figure E — we poured extra for photography purposes). The strawberry DNA will be extracted into the alcohol layer. Swirling the glass gently may help promote DNA moving into the alcohol phase. If you prepare the cocktails in advance, don’t wait more than 15 minutes before serving. You’ll extract more DNA as time goes on, but the DNA will start degrading after that.

Add a tiny umbrella; DNA can be collected onto the end of the umbrella’s toothpick by twirling it, if desired (Figure F).

During the protocol development process, we received comments on early versions such as “gross,” “salty,” and “tastes like soap.” We are pleased to report that feedback on the final product was generally positive. The DNA looks disconcertingly snotty when freshly extracted, but the texture was not really noticeable when drinking.

You’ll have a layer of very high proof rum on top of you cocktail, so before drinking — or even sipping — you’ll probably want to mix the alcohol into the fruit puree.

Tasters enjoyed the ability to scoop up their drink’s DNA on the end of a toothpick and found the whole experience rather intoxicating. Or maybe it was just the rum.

These ingredients differ significantly from the materials for a standard home DNA extraction. Key changes: 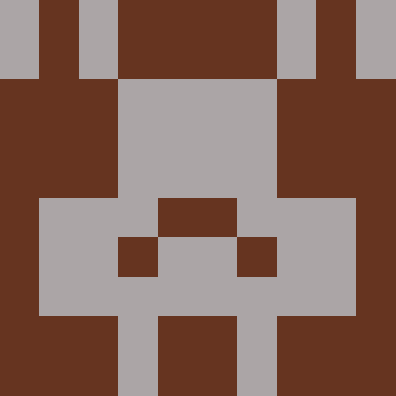 Bonnie Barrilleaux is a staff data scientist at LinkedIn. She has a Ph.D. in chemical engineering, experience in genomics research, and an insatiable urge to mix science and art.