It’s late at night and you find yourself in a part of town where you probably shouldn’t be. By the pricking of the hairs on your neck you realize you’re being watched, followed… somebody is sneaking up. Your heart starts pounding, palms become sweaty. Before you can even think, your arm muscles suddenly grow enormous, spikes come out of the back of your coat, and a protective collar shields the back of your neck. You stop. The universe holds it breath as you turn around to face… a stray cat, quickly skipping out of sight.

From the soft robots in Big Hero 6 to the living quarters of the Mars One project, inflatable technologies are blowing up in popularity. No wonder — they allow for lightweight, safe, and soft barriers between squishy humans and hard tech or threats in the environment.

During her master’s work at California College of the Arts, Kristin explored the use of inflatable technology for wearables, and found endless possibilities for animating the body and amplifying human behavior or emotions. There are functional designs for isolation or protection, like an inflatable vest to calm the wearer or a helmet that protects from a bike fall. Then there are empowering forms, like a soft inflatable exoskeleton that protects personal space, or inflatable “muscles” that blow up when the wearer feels threatened.

To further develop these possibilities, we created a set of simple technology “building blocks” for workshops at the Creative Technology department at University of Twente (Netherlands) and at Stanford University’s Institute of Design (d.school) during the TEI 2015 conference.

To make wearable interactive inflatables, you need a system with a few basic components: on one side, sensors, electronic control, and electrical power; on the other side, air supply, airflow control, and the actual shapes (muscles, bellows, spikes) or “actuators” to inflate.

For the electronics side, picking up biometric or proximity sensors from Adafruit or SparkFun is an easy way to get started, and an Arduino microcontroller can act perfectly as electronic “glue.” Since wiring is the #1 reason for system failure (and the most error-prone, time-consuming task) we tried to minimize it by choosing Spark-Fun’s ProtoSnap kits, which combine a credit-card-sized Arduino Nano with FTDI USB-serial converter, RGB LED, light sensor, pushbutton, and a prototyping section, all on one PCB. Eventually you can snap off the parts you don’t need. A similar approach is used with the Bitalino, a snap-off biomedical sensor board we’ve been using to make our devices respond to body signals.

Another happy choice: we chose standard 2,600mAh USB power banks as our power source. They’re small, portable, easy to charge in our ever-present ecosystem of USB ports and phone chargers, and they connect directly to the Proto-Snap board using a standard USB-mini cable.

After trying to blow things up using small CPU fans, we decided we needed more power. With the arrival of cheap, mass-produced quadcopters there’s no shortage of small high-powered motors and fans capable of large air displacement. You could sacrifice a small copter (or upcycle the one that crashed in your kitchen sink), but we chose a spare quadcopter motor and propeller set by RC Logger (Conrad/Reely in Europe). With a diameter of 60mm, these fit nicely in a paper cup. We started mounting the fans in a coffee cup for several reasons: you need something to protect the blades from fabric (and vice versa), and something tubular to guide the airflow, and finally, the snap-on plastic lid allows for easy detachment of your “cup inflator” from the garment or inflatable device you’ve made.

Remove the original connector and solder longer wires directly to the motor terminals. (For our kits, we use the matching Molex Picoblade connectors, but be aware the special crimp pliers will set you back $300 or more!)

Cut a 30mm hole in the lid and bottom of the cup.

Step 3: Mount the Fan in the Coffee Cup

A cardboard cutout and hot glue keep the fan centered in the cup (Figures A and B). That’s it!

This fan is a nice solution for inflatable spikes, pillows, and collars — structures we’ve made by sewing kite fabric or by fusing layers of plastic bags using a clothes iron (instructables.com/id/Fuse-Plastic-Fabric-Technique). If you’re feeling courageous, try converting your favorite 3D STL model into a sewable plan using Autodesk’s 123D Make, like the “Video Game Plushies” project from Make: Volume 38 (makezine.com/projects/video-game-plushies).

To control the fan speed with Arduino, many solutions exist, from a single transistor (no reverse option), to a dedicated H-bridge board or a driver chip such as the L293D. Many suppliers ship small, dedicated boards taking a variety of input signals (I2C, pulse, serial) in different power categories. We ended up with the tiny ER100 board (Figure C) from German 1:87 scale model supplier Sol Expert (sol-expert-group.de). It’s cheap, very small, (10mm × 15mm), has awesome power characteristics (1.8A continuous, 8A peak), and takes just one wire as signal input, so it’s compatible with Arduino Servo library PWM signals. You could find something similar (but not as tiny) at Pololu, SparkFun, Jameco, or Adafruit.

Using this board, the electronics are pretty straightforward. In the diagram shown here (Figure D), we use an Arduino Nano, Sharp distance sensor, our InflataCup fan, ER100 speed controller, a large 1,000µF capacitor, and a DC power socket (taking 5V–6V, typically from a power bank or 4 AA batteries). Best of all, the control is proportional (like a servo) and you can both inflate and deflate your garment using the same fan!

All in all, it has been a great experience to test these building blocks during the workshops at Stanford and Twente. Thanks to all the participants, we’ve found some very interesting technology seeds for further development. In December we put the InflataCup to use in a new project, the Inflatable Manifestation Dress. We can’t wait to see what you’ll inflate!

It’s always a good idea to reuse or upcycle materials. Testing ideas quickly or “rapid prototyping” is very important in the design process. We designed the InflataCup with this intention and from this need. “Where do we house the fan so it’s safe? We need something about this big and cylindrical.” Ding! There’s a coffee cup on the table. Perfect! There will always be a coffee cup around to plug into a design, so you can use this again and again.

3. Keep the cup and reuse it for your inflatable mechanism!

Since the high-volume, low-pressure cup appeared to be working quite well during workshops we also searched for similar solutions for the high-pressure pneumatics end. In the first prototypes and during workshops we ended up using R/C servo-operated aquarium valves to control airflow, and a PET bottle pressurized with a bicycle pump and check valve (also from the aquarium store) as our air supply.

Using braided cable protection sleeve, a couple of zip ties, and some party balloons, we made simple air muscles which worked fairly well. Best of all, with the same control electronics we used before!

1. Cut a 15cm length of braided cable protection sleeve. When stretched, ours had a 1cm diameter.

2. Tie off one end using a zip-tie (you can also zip a tiny loop of the sleeve, so you have an attachment point).

3. Stuff in a balloon, making sure the bulk of the balloon is centered in the tube.

Building on our air muscle experience, we developed the next in our series of experiments: the AWE Goosebumps.

The idea behind AWE Goosebumps was to amplify your skin’s response to something awesome you have perceived (or something chilly, for that matter) using larger-than-life inflatable silicone bumps. We ended up 3D printing molds for casting silicone, much like the “soft robotics” you see crawling around on the internet. Illuminated by strands of Neopixel LEDs from the backside and covered by layers of laser-cut “Kirigami” fabric, the resulting design was very futuristic, stunning, and slightly disconcerting.

For the pneumatics we eventually we chose a more mature approach using small SMC 070 series pneumatic valves combined with miniature air pumps (normally used for blood pressure monitors, you can find them on eBay or Alibaba). Fun detail: for the supply lines we used Lego Technic hose and T-pieces. They were by far smaller, more flexible, cheaper, and better looking than the professional stuff.

Since neither the pumps nor the valves needed a full bridge circuit for the control, we ended up using a ULN2803 Darlington array; go here for more details.

All in all it has been a great experience to test the concept, the building blocks during the workshop sessions at Stanford d.school during TEI and at Twente’s designlab. Thanks to all participants we have found some very interesting technology ‘seeds’ for further development. We cannot wait to see what you’ll inflate! 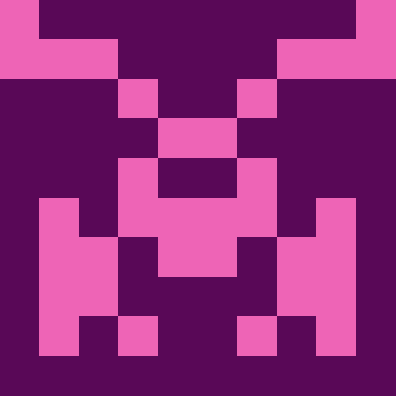 Edwin Dertien (edwindertien.nl) is a creative roboticist at the University of Twente, where he teaches physical computing, sensors, tinkering and explorative design. He also works at the ASSortiMENS foundation, where he runs a FabLab inspired workshop for people with autism-related issues. He tries to combine his experience as improv-theatre musician with robot design, hidherto yielding a fleet of (essentially MIDI controlled) robot projects ranging from full size animatronic androids to bio inspired snake bots for pipe inspection. 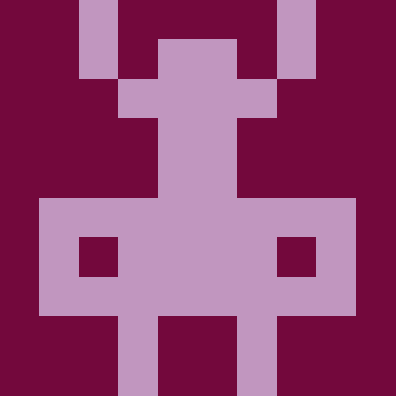 Kristin Neidlinger is a biomedia designer and founder of Sensoree (sensoree.com), where she crafts phenomenal technology to expand and enhance physical embodiment. She holds an MFA in interactive design from California College of the Arts, and has performed and exhibited works from Berlin to Brazil.