This guide will tell you how to assemble your very own LED name tag kit from the Maker Shed!

This guide will tell you how to assemble your very own LED Name Tag Kit from the Maker Shed! This is a great beginner-to-intermediate soldering project that is more challenging than the Learn to Solder Badge Kit but easier than an LOL shield.

First, purchase an LED Name Tag Kit from the Maker Shed and make sure you have all the parts. The kit includes: 50 red LEDs, a microcontroller, a pushbutton, an adhesive pin, a battery, a battery holder, and a resistor. I also received a bumper sticker and I put it on my forehead. I don't recommend doing that.

Visit the Analog Machines name tag layout page and type your name into the layout tool. Keep in mind that the kit can only fit 5 characters. If your name is longer than 5 characters you might have to shorten it, use your initials, use someone else's name, or use a nickname.

Now, use your soldering iron and solder the leads. After soldering is complete clip the excess off using your side snips. Watch your eyes when you do this!

Now, do the same for your next character. Wash, rinse, and repeat!

This is a great kit that really makes your name stand out in conferences! 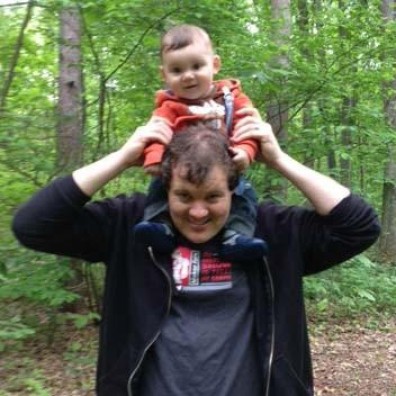 I am the Evangelist for the Maker Shed. It seems that there is no limit to my making interests. I'm a tinkerer at heart and have a passion for solving problems and figuring out how things work. When not working for Make I can be found falling off my unicycle, running in adverse weather conditions, skiing down the nearest hill, restoring vintage motorcycles, or working on my car.