Make an LED Candle You Can Blow Out

“How might we make an LED candle that you can actually blow out?”

That was a question my daughter and I had one evening, so we got online and started exploring different ways to sense wind. Along the way, we discovered a pretty nifty sensor that does exactly what we needed. That sensor is the center of this project.

Weather stations use a set of spinning cups, called an anemometer, to measure wind. Another way to detect air movement might be to hang two strips of tinfoil next to each other and detect when they touch, completing an electrical circuit — though that might also detect a curious cat.

There’s another method, which works on the same principle you use when your pizza slice is too hot to eat and you blow on it to cool it down. In the same way, a wire warmed up by a little electricity will cool when air blows across it — and it’s possible to measure that temperature change to sense the wind! These are called “hot-wire” wind detectors, and there’s one from Modern Device (Figure A) that plays nicely with an Arduino.

You need to solder the row of header pins to the sensor so you can then stick them into the breadboard.

Not at all! Soldering is not difficult, but you do need a soldering iron, some solder, and a little lesson. Learning to solder is empowering, awesome, and easy. I like the tutorial at SparkFun, and you can find soldering Skill Builders on Make: too. This project is a great time to learn, because you need to solder just 5 spots: the 5 pins that make the “header” to stick into the breadboard. (These header pins come with the sensor board.)

The hardest part of soldering is holding everything together while you actually apply the solder to the pins. But in this case, your breadboard can be your assistant. Just push the long ends of the header pins into the breadboard and place the 5 holes at the end of the wind sensor onto the short ends. To keep the board level, place a coin between the breadboard and the other end of the sensor board.

Then solder away, making sure none of the solder from one pin touches solder from another pin. Once you have the header attached, you’re good to go.

2. Wire up the parts

Here’s the wiring diagram for this project (Figure B). It’s all plug-and-play from here, no more soldering required!

Where’s the Resistor? You may have noticed that in most projects, we pair the sensors with a resistor. In this project, we do that again for the button (which is really a kind of sensor), but not with the wind sensor.
The reason? We’ve graduated to more sophisticated sensor boards that include not just the sensor itself but also some additional electronics — those little parts on the wind sensor board — that manage the power and send back to the Arduino just the information we need. To the extent resistors are needed, they’re already onboard. (Literally!)

Time for the jumper wires! Each step below is for one jumper wire, with the connections for both ends. The colors really don’t matter, but I’ll mention them as they match the wiring diagram in Figure B.

The build is complete (Figure D).

If you’re new to the Arduino, follow their instructions to connect it to your computer.

Get the project code and click the “Copy Code to Clipboard” button.

Open your Arduino software and start a new Arduino sketch using File→New from the menu. You’ll get a mostly-blank sketch window. Delete the little code that’s there. Click anywhere inside the blank window, then paste the code you copied from the website using Edit→Paste (Figure E). Save your work using File→Save .

Now upload this code to the Arduino over the USB cable. You can do this from the menu, by choosing Sketch→Upload, but an even easier way is to click on the upload arrow at the top of the blue Arduino software window. You should see the “Done Uploading” message in the lower part of your Arduino window and your LED should be lit. Congratulations! You’ve just programmed your Arduino.

Now whenever you power up the Arduino it will run the candle program. With the LED flickering, give a good puff across the top of the sensor (Figure F). The light should go out! Press the button on the breadboard to relight it.

To free your candle from the computer’s tether, you can plug an optional power adapter into your Arduino. You could also power the project with a 9V battery. There are some battery holders that have an Arduino adapter and a little switch. That’s important because even when the candle is out, your Arduino is still running. So remember to power it down completely with the switch (or by unplugging the battery) or you’ll run out of juice.

The code should work to detect a good puff. If you want to make it more or less sensitive, adjust the wind speed that triggers the dousing by changing the number value in the following line from 6 to something else:

As air moves across the sensor’s “hot wire” (it’s not that hot), the wire cools and its conductivity changes. The other electronics on the board detect this change and turn it into values the Arduino can read.

When these values hit our threshold, the code douses the light … and then waits for someone to push the button to relight it.

You’re a Star
There’s some serious math in the code for this project. You don’t need to know all of what’s going on, of course, but I thought it would be a good time to point out some basic math symbols.

Fun Functions
If you take a peek at the code for this project, you’ll see our old friends void setup() and void loop() which occur in every Arduino program.

But scroll down a bit and you’ll see they’re joined by a couple of new sections: void douseCandle() and void lightCandle(). What’s going on there? These are two functions I’ve created to perform a specific task in the code. Basically, I’ve added two commands to the existing Arduino vocabulary, joining existing commands such as analogRead() and digitalWrite().

Up in the void loop() section, I “call” these functions in a couple of different spots. One of them looks like this:

When the program sees douseCandle(), it goes and looks for the function I’ve made, which is written like this:

Functions are super useful. For one, they let you run the same block of code in many different spots. You can create a function for that code, and then just call the function whenever you need it. That way, you don’t repeat yourself — which is something coders try to abide by. They even have a name for it: DRY code (for Don’t Repeat Yourself).

In this project we’re simply interested in whether or not there’s any significant air movement across the sensor. But this little device can actually provide good data on how fast that air is moving — an actual wind speed detector. To be accurate, though, the sensor needs its own source of power, separate from the Arduino. That’s because the power running through the Arduino can fluctuate slightly, and that will affect the precise measurements of the sensor. For more information on how to wire up a separate power supply, check out the technical notes of this wind sensor.

You can also miniaturize this project to fit it into a candle-shaped enclosure. Just substitute an Arduino Nano (or other mini Arduino-compatible microcontroller), skip the breadboard, and solder the connections using hookup wire. Make: engineering intern Sydney Palmer created this cool candle (Figure G) using a cardboard tube, hot glue for the “wax” drips, and paint!

—You can buy the remaining items separately, or get them all in the Make: Getting Started with Arduino Kit, from makershed.com or Barnes and Noble stores nationwide.—

Arduino Uno microcontroller board – To miniaturize this project, you could substitute an Arduino Nano or similar tiny Arduino-compatible board.

Switch, momentary pushbutton – for plugging into a breadboard

Resistor – This one has a brown-black-orange stripe pattern.

LED – (or, click that link to upgrade to a really nice flickering LED available from Evil Mad Scientist 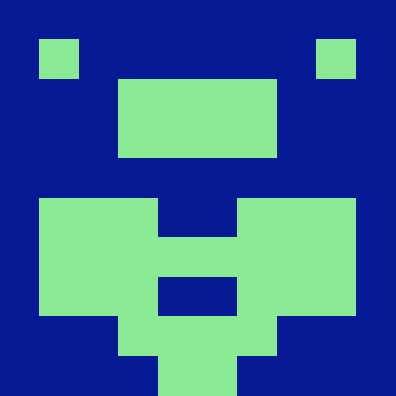