This is a Raspberry Pi that I mounted on to a regular cutting board to achieve the following multi-functional requirements: The idea is to mount the 7" monitor on the cutting board, and hook up the Raspberry Pi with all the UI elements to it. The plan is centered around the monitor and not the Pi for the following reasons:

The monitor is adjustable and can be adjusted to stay parallel to the wall when the whole set up is wall mounted. But when the set up is sitting with the cutting board on the desk, then I should be able to swivel the monitor up and work with the Pi, just as I would with a laptop.

This way when the set up is wall mounted with the screen parallel to the wall, everything looks clean!

Step #3: Prepping the Cutting board for the I haven't ripped out the packaging of the board, and therefore, drawing an outline of the mounting bracket on the plastic wrapping made it all the more easier to mark the location of the bracket . It looks a little blurred in the picture, but in actuality it was a lot more visible so that I could take the board down into my shop and make the "cuts".

Step #4: Whoa! Careful with the orientation! In my enthusiasm to get this thing done and over with, I nearly forgot to note the right orientation of the bracket. To avoid an unnecessary mistake, I taped the bracket with the correct side up before I marked the position of the mounting holes. I marked off the position on the cutting board using an impact punch before I peeled back the tape and removed the bracket .

Forgetting the previous step meant that I would open myself up to silly goof-ups and drill holes the wrong way!

Step #6: Driling a hole for the wires After drilling the holes, and mounting the bracket in place, I drilled a hole right through the cutting board. This hole would be on the top-side of the monitor mounting bracket because it would be obscured by the monitor once it's fully mounted.

Step #7: Cleaning up after the machining The board is still wrapped inside its original plastic wrapping. Therefore, when the holes are drilled, the plastic wrapping melts and sticks to side of the hole. Getting rid of that pesky plastic is as easy as lightly filing off with a half-round file. I had to solder a standard K-type connector to the end of the monitor wiring. The monitor I got is a standard backup camera used in cars. Therefore, the wiring harness was open for modifications.

It's pretty easy to figure out how the connections work from the wiring information imprinted on the standard DC to AC adaptor. The one that I have has a female connector. Therefore, based on the connection information, the outer barrel is negative, and the inner sleeve is positive. From the previous step, it's clear that the Red positive wire from the monitor should be connected to the center pin of the K-type connector. Obviously, the Black wire would go to one of the other two terminals on the connectors. To finalize the connections, I set up a quick test by temporarily hooking up the wires to the connector. Success! With the wires hooked up, I was able to finalize the negative terminal connection for the monitor. Time to solder the wires and make these connections permanent! Here I have already soldered the connections and wrapped them up with shrink tubing. Don't forget to slip suitable shrink tubing over your wires before you begin soldering! I decided to run a quick test by hooking up the monitor and all the peripherals to the Pi. This test would help achieve two things. One, test the output of the Pi to the monitor. And second, decide on the position of the Pi casing relative to the monitor. I temporarily powered up my Pi using my Windows Surface tablet.

In the foreground, you can see that the adaptor is plugged into the K-type connector soldered to the monitor wires. The monitor has been connected to the Pi, and is working as expected. The initial thought was to permanently mount the casing to the board just like I did the monitor mounting bracket. But then I decided to Velcro it instead. This means that I can temporarily power down, dismount the Pi with the case and hook it up to another monitor (such as my LED HDTV) , or use it as a test bed for another project. This way, the assembly remains flexible and loosely-coupled. With all the tests complete, it was time to install the monitor and run the wires. As mentioned earlier, once the monitor was mounted, the wires and all of the details were obscured behind it. All I had to do now was tape up the wires at the back of the board and set up the Pi.

Step #15: Setting up the wireless connection The last step was to set up my Pi for wireless access. I needed the Pi to have a constant connection to the internet because the BOINC application would need to connect to the internet to upload and download packages from the Berkley SETI project servers. Besides, relying on a hard-wired cable would severely limit my options of mounting this set up on the wall.

For wireless access, I used the much recommended and popular Edimax USB Wireless adaptor. Setting up wireless access via the Pi's built in Wireless Config utility is pretty basic to set up. But make sure that you restart your Pi once you set up your secure wireless access point. And it's done! With all the Pi accessories hooked up, and the wireless access point configured, I'm able to access the Raspberry Pi website via the browser. The fun part is that I am using a miniature wireless integrated keyboard and mouse . Added to this, my monitor also has a wireless remote with which I can turn it on or off.

As you can see, I can swivel the monitor and work with my Pi using the wireless keyboard. When mounted up on the wall, the Pi is going to be equally accessible and operates autonomously. And all that wiring is off my desk. The only two wires leading out from behind the cutting board would be the power cables for the monitor and the Pi.

The final and most difficult step is to convince the wife to allow me to wall mount this project. Well that's a whole another story! 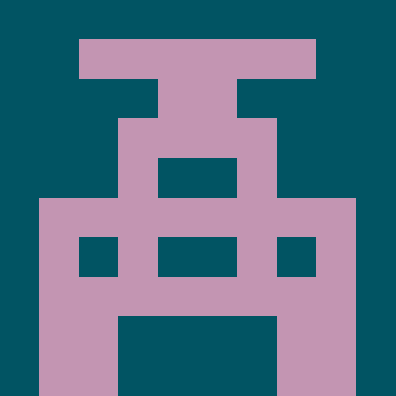