Startups don’t make mass-market consumer electronics products, only giant companies do. That’s what I used to think. Despite a few celebrated exceptions with DIY beginnings like HP and Apple, it has historically been tough for small companies to succeed making hardware products. The main barrier is simple: it’s expensive and complicated to manufacture physical things!

Components and materials have to be purchased in advance to guarantee availability, each unit requires labor to assemble, and transportation costs eat profit margins. This all makes the financial barrier to entry daunting. On the flip side, desktop software, mobile apps, and web services are much cheaper to build and deploy these days, so a lot more startups and venture investments have steered toward virtual products.

But recently something awesome has been happening: more startups, like the company that I co-founded, Sifteo (sifteo.com), are making hardware products. Makers are turning their hand-soldered prototypes into real consumer electronics (CE) products and selling them through retailers like Amazon and Best Buy.

Changes in manufacturing and distribution power this new breed of lean CE startups. In the last year and a half at Sifteo, we launched two generations of Sifteo Cubes, a hands-on game platform built around a very different (and fun) new interface, an expanding library of downloadable games, and a software development kit with an emulator for developers. Sifteo Cubes are “inch-scale computers”: small, wireless tiles with color screens, accelerometers, adjacency sensors, and touch sensing that make classic play interactive — they’re like programmable magic dominos that run brainy action-puzzle games.

This article shares our founding story, the evolution of our products, what has changed in the market to make what we do possible, and my top five lessons for transitioning from hobbyist maker to entrepreneur.

Jeevan Kalanithi and I didn’t realize we were mapping out the next 6+ years of our lives when we spent an afternoon in 2006 sketching on printer paper in the kitchen. Longtime friends and then-graduate students at the MIT Media Lab, we were thinking about how computer interfaces should be more hands-on, more like a pile of Legos than a glass slate and a keyboard. I love building useful physical things and am fascinated by how tools and other objects augment creativity and help us think. The more we sketched, the more Jeevan and I became obsessed with the idea of a computer interface made up of a bunch of little interactive pieces that would let hands and minds move in unison.

We started with a simple idea: small physical objects that could each represent a digital thing, like a photo or an email. Arrange the objects and you arrange their virtual counterparts! There were a lot of open questions, like: what capabilities should these devices have? What will the “killer app” be? How “real” do our prototypes need to be to learn if this is a good idea? First, we made non-functional prototypes using wood and acrylic, to try different sizes for the devices and ideas for applications. We asked others what they thought they’d be good for. We called our idea “the Siftable Computer,” or “Siftables,” for short, and learned that they should have screens about an inch square and should be able to talk to each other when placed side-by-side.

We bought color LCDs, infrared trans-ceivers, accelerometers, and microcontrollers from online electronics hobbyist shops and sent a circuit board design off for barebones, low-cost fabrication. When the first circuit boards arrived, we assembled a handful of barely functional Siftables that kicked off two full years of trial and error. We made three generations of working prototypes, each generation fixing the bugs of the previous and allowing us to try new application ideas more easily. We let people use them a lot along the way, and noticed something surprising and exciting: our testers were having a lot of fun. Rather than using them for work, they wanted to play with Siftables.
By the third-gen prototype, we had gotten it mostly right. The color display, Bluetooth radio, neighbor sensing, 3-axis accelerometer, and battery-charging circuits were all working well. The downside? Each block cost more than $200 in materials, and it took me four hours to build a single one, soldering all the components by hand.

By 2008, Siftables was a great research platform, but it didn’t seem like it was destined to be a commercial product. They were too expensive to manufacture, and although people who used them thought they were neat, we still weren’t confident in their mass appeal. Then an unexpected breakthrough happened: I was invited to give a short “tech demo” talk at the TED Conference. I almost turned down the offer, thinking that we’d have better demos to show a year later — but decided that the opportunity might not exist then! The audience loved the simple, brainy, playful apps that I showed, like the physical equation editor and the word game that I likened to an interactive form of Scrabble. When my talk appeared online it went viral, and has now been viewed more than a million times.

The response to my TED talk showed us that Siftables resonated with a wide audience. People were excited by their tactile nature — unlike any technology they’d previously experienced, and they wanted to play. We started Sifteo Inc. and were awarded a Small Business Innovation Research (SBIR) grant from the National Science Foundation. Funded by this initial grant, we met venture capital firms True Ventures and Foundry Group and raised more than $10 million in two rounds. One takeaway from fundraising (which required serious time and effort) is that it’s better to find an investor who already believes in your vision rather than trying to convince one who doesn’t.

With a funded startup, there was still a ton of work to do before we could release a product to consumers. The game system would have to be robust, affordable, and user-friendly. We rewrote the code and rebuilt the hardware from the ground up. The finished product, Sifteo Cubes, did not inherit a single line of code or any hardware design from our earlier MIT prototypes. The Original Sifteo Cubes launched for the holidays in 2011 with a growing library of games focused on intelligent play. Users loved the tactile play experience, but the system was not user-friendly enough! Since games ran from the computer, they had to stick close to their PC — people really wanted it to be portable so they could take it anywhere. Jeevan and I work with a team of 25 extremely talented makers, and we hunkered down together immediately to create the solution: a new Sifteo Cubes platform that is portable, developed in just under a year and with a brand new SDK and cycle-accurate emulator that’s already released. We’re getting faster. You can read more about how we did it at tech.sifteo.com, and download the SDK and emulator for free at sifteo.com/developers.

So why can a young startup make a CE product these days?

Costs are down, and quality is up. Components are cheaper than ever and manufacturing capacity in Asia (where Sifteo cubes are now built) is plentiful, thanks mostly to the rise of the mobile phone industry and other mass-
market CE products.

Prototyping is easier. Basic circuit boards can be fabricated cheap and quick, facilities like TechShop provide affordable access to expensive tools, and online suppliers of DIY materials are more comprehensive and helpful than in the past.

CE startup founders are helping each other. The web-entrepreneur culture of sharing information is spreading to CE startups — you’ll be surprised at who will meet you for coffee to hear you out and give some feedback. There are a number of new hardware incubator programs, and the Bay Area now has several Meetup groups focused on commercializing hardware products.

The mature internet. Products can connect to the internet, meaning CE businesses like Sifteo can have a second revenue stream based on virtual goods (e.g. our game store). I call this Connected CE, and it’s relatively new. Companies can also spread the word about their product using web video, enabling customers to get comfortable enough to buy without experiencing it firsthand. Kickstarter is a fantastic tool that allows entrepreneurs to gauge demand before they commit to building a product. The new revenue streams and message-spreading capabilities allow CE startups to enjoy the kind of steep growth potential that attracts (or someday obsoletes?) investors.

We have learned a lot over the past few years. Here are some of the most useful tidbits:

Find out who your market is. You might think you already know who will buy your product, but entrepreneurs are often surprised. Get feedback early and often, and learn to relish being proven wrong.

Keep it as lean as possible, but no leaner. Sifteo started in a basement where we paid $500 a month in rent. A good friend of mine regularly looks over new designs and offers feedback (thanks, Ivan!). Even after raising some money, finding ways to keep expenses down will increase your chances of success because you’ll have more time to find your way there. At the same time, we do pay for outside help in areas where we need it, such as manufacturing, PR, and retail-channel relationships. Know what you can do well, and outsource the rest.

Nobody is more passionate than you about making your idea real. You really have to go for it, and you’ll sacrifice other things along the way to building a successful company. Extraordinary outcomes require extraordinary efforts, and the startups that succeed are the extraordinary ones.

Have a question about your CE startup or idea that I might be able to help with? Send me an email at dave@sifteo.com. 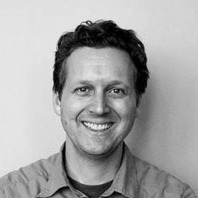 Dave Merrill (dave@sifteo.com) builds hand tools for the digital age with a bunch of smart makers at Sifteo. He is an entrepreneur, programmer, self-taught electrical engineer, and geek dad.