3 Key Qualities for a School Makerspace

Over the past year I had the privilege of leading a team to create makerspaces in 15 high schools around the Bay Area. Our goal was to learn how to help educators create makerspaces in schools and use making in the classroom. DARPA, which funded our program, eventually wanted to take what we learned and create makerspaces in 1,000 schools. While our DARPA funding ended in December, we believed so strongly in the benefits of these spaces that we continued to support our pilot schools until the end of the year. This was particularly rewarding work.

Most of us have enjoyed watching someone’s eyes light up at Maker Faire, but listening to a high schooler describe his or her first open-ended project was very powerful. What students get from making things in the classroom is an entire post by itself, but our teachers said students left these classrooms more confident and more engaged in their own learning. To help teachers understand how to teach making, we created professional development sessions on electricity and Arduino, sewing, woodworking, and cardboard automata. We created a library of Google hangouts on introductory projects, how to assess projects, fundraising, open-ended projects, how to design a makerspace, the role of competitions, how to structure the year and many other topics. We even took students to a lumberyard so they could get the materials to build workbenches.

Every space in our program was different. Some had amazing tools including laser cutters, 3D printers and milling machines and some had only hand tools. But we observed that they all seem to have a unique blend of process, people, and place to be successful.

Making requires two sets of skills and the confidence to try something new. The first is simply tool skills – knowing which tool to use and how to use it safely. For a soldering iron, this is knowing which end is hot and how to apply the tip of the iron to the material. For a drill, it’s knowing how to hold the drill and understanding not to place a finger over the point where the drill bit emerges (sometimes this is experiential learning). These skills can be easily demonstrated and taught.

The second set of skills can be thought of as diagnostic and problem-solving skills. These are the skills required to figure out why something won’t work, come up with a creative solution and to manage one’s emotions through the process. These skills probably can be taught, but they are typically learned through practice and coaching (a key skill for a teacher in a makerspace). But before kids even start a project, they need the confidence to even try. Some of the kids in our classrooms had never picked up a screwdriver before. Asking them to build an electric motor or design an object to be 3D printed is a recipe for failure — they don’t have the confidence to believe that they can do it. A project that is too difficult can even damage emerging confidence. We found that the need to thoughtfully build skills and confidence led to a process involving three types of projects.

The first is what we call a level I project or a skill builder. This is a project with a defined process and a defined outcome solely to teach one or more skills. A good skill builder is the blinking light badge from the Maker Shed. The project simply teaches how to solder and to complete a circuit. A level II project has a defined outcome and uses skills learned from skill builders in an undefined process. It’s in these level II projects that makers start to develop the diagnostic and problem solving skills. At Lighthouse Community Charter School, Aaron Vanderworth has his students create a chair. The dimensions of the chair (the outcome) are fixed in advance, but the students can use any process to create the chair. The beauty of this project is that it’s very clear whether the chair works or not. At Piner High School in Santa Rosa, the students built every table and stool in their makerspace. The picture above is of an advanced level II project. Students were asked to create an electric motor from scratch. Finally, a level III project is an open-process, open-outcome project—essentially creating whatever the students want to create. At our most advanced schools, these are the capstone projects that come toward the end of the year after students have the skills and the confidence to embark on their own learning endeavors. The level III projects we saw included a Ranger pickup converted to run on electricity, a vest that changed color in time with music around it and a scratch-built guitar with a fret board with LEDs that changed according to the chord played. There were some amazing projects.

There is nothing more important in a makerspace then a dedicated teacher. I know that there’s lots of conversation about flipped classrooms, blended learning and other ways of reducing the role of a teacher, but that will never happen in a makerspace. The teachers in our spaces had credentials in Spanish, math, physics, and science. Apart from the ability to tie making to classroom subjects, we found that being able to coach in two specific ways was far more important than any credential. First, a successful maker space teacher needs to be able to help students diagnose a problem so that they can create a solution. There is no way that any one teacher can be a subject matter expert in EV power systems, LED lighting, joinery, and every other topic that’s going to be covered in a makerspace. The teaching process has to shift from transmitting knowledge to enabling a student to create his own solution. This is not always an easy shift for a teacher, but it is critical. Second, a makerspace teacher needs to be able to help students through the inevitable highs and lows of making something. Frequently, all that’s needed for a teacher to understand how to coach is simply making something themselves. Teachers need to experience the thrill of getting that little LED to blink and the agony of feeling your own chair collapse underneath you. At our first professional development session, we asked every teacher in our program make a rolling tool cart. We estimated that it would take six hours and we were still at it 10 hours later. But every teacher left with an appreciation of the process.

Finally, the space really matters. Note that I said the space matters, not a space filled with laser cutters, 3-D printers and the latest, and greatest equipment. Those tools are wonderful when students have the skills and confidence to appreciate them. But the magic can start with PVC pipe, glue guns, string, soda bottles, soldering irons, and other household supplies. The most important quality of a makerspace is that it encourages creativity. This can be done with a space full of hand tools, materials, and finished projects. The culture in a space should support the idea that anything is possible.

When kids enter a makerspace in a school, their frame of reference should shift from finding the right answer to asking the right question. One of the most amazing projects we saw was a group of three students who converted a Ranger pickup to run on electricity. They obviously learned a great deal about electric vehicles, but when I asked them to name the single biggest thing they learned, they all offered the same answer: “I didn’t know that I could do that.”

I often get asked why schools should include making and I can’t come up with a better answer than theirs. The biggest lesson that this team learned was that they have the skills and now, the confidence, to take on a huge project and succeed. They know that they can figure it out. That’s not just a skill for success in school. That’s a skill for success in life. That’s what making teaches.

Parker was the project director for the DARPA-funded MENTOR Makerspace program. He’s built a Van’s Aircraft RV-8, an RV-6 and is now focusing on treehouses, play structures and other things for two small Makers.

2 thoughts on “3 Key Qualities for a School Makerspace” 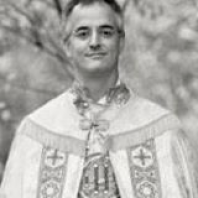