This coming weekend, November 16th & 17th, Maker Faire Rochester celebrates its 5th season by graduating to a full-fledged Featured Faire! After seeing their attendance grow continuously, they’ve added a second day— hosting a STEAM Fest on Friday that expects to draw over 1,200 3rd-8th grade students attending from across Rochester, Buffalo, Syracuse, and New York State’s Southern Tier—and increased the number of makers and activities that will fill the Rochester Riverside Convention Center on Saturday. Last year’s effort to up the ante brought Heavy Meta, a fire breathing metal dragon, down from its Toronto home.

And, although the event doesn’t have an official theme this year, Thinking Big has again been in evidence as a driving idea: Larger exhibits and exhibits with a larger impact.

We were heavily inspired after attending the first Buffalo Mini Maker Faire in 2014 and seeing the impact on one of our producers’ daughters, Rose Scordo. At that time, she was a nine-year-old roboticist who spoke eloquently on the maker movement. We were inspired to create a local event that would spotlight the maker community in Rochester. We had also grown up within the Rochester maker movement (before it was called the maker movement), and knew that there were tons of makers in the area who would love to share their work. That first year we had around 90 makers and just under 1,500 attendees. Since then, there’s been an explosion of projects and we’ve seen the community band together to ensure that more projects are created. Makers really started to think big and how they can expand their projects once we announced the move to a Featured Faire.

Maker Faire Rochester has grown not only through the hard work and ambition of its producers, but its relationship with NYSCATE, the New York State Association for Computers and Technology in Education. Amy Delcorvo, CEO and President of NYSCATE, was the event’s earliest champion and the organization has generously supported the faire from the beginning. As producer Dan Schneiderman notes,

NYSCATE have not only mentored us, but have embraced the maker community with open arms. More maker programs are popping up everywhere in the region since the first Maker Faire in Rochester! Schools, universities, museums, libraries, scouts, and every community group in between all want to get involved with the local maker movement and are contacting Maker Faire Rochester for ideas on how to reach out to the community, as well as invitations to participate in events. Personally, I (Dan) have been lucky enough to steer my full-time job at RIT toward increasing the visibility of making, and in introducing students to the world of making.

In an effort to inspire more making in Rochester, local makers and the producers of Maker Faire Rochester opened a chapter of The Awesome Foundation this year to support the efforts and projects of local makers. Since 2009 the autonomous chapters of this worldwide community devoted to forwarding the interest of awesome distribute $1,000 grants, no strings attached, to projects and their creators (pooled from the coffers of self-organizing “micro-trustees”). Yet more evidence of Rochester’s strong and growing maker ethos is vibrantly on display across the walls of this city of just over 200,000 people on the shore of Lake Ontario, through the innovative art and community intervention project Wall/Therapy . Here’s a taste of some of the amazing murals that have popped up across the city in recent years, like that by local Rochester artist Brittany Williams (photo: Jason Wilder).

2017 “therapists” Aubrey Roemer, also a Rochester local, and La Morena (Lucinda Hinojos) from Phoenix, AZ were captured at work on their respective projects.

Here’s a taste of the 150+ exhibits coming to Maker Faire Rochester this weekend, including over a dozen regionally created video games including Crazy Platez, a game where you drive around downtown Rochester delivering Garbage Plates, and other Rochester Mini Games created by members of Roc Game Dev.

Magic Wheelchair builds epic costumes for kiddos in wheelchairs — at no cost to families. We’re trying to connect the larger organization with our large local cosplay community with the hope that kids in the region can receive Magic Wheelchairs. Come build with us and gain access to Solidworks and the Stan Winston School of Character Arts!

Their inspiring video is really worth a watch.

Barry Nobles — maker and longtime member of the FIRST robotics community and mentor with Greater Rochester Robotics,Team 340 — has built a half-size lunar lander to celebrate the 50th anniversary (July 2019) of Apollo 11 moon landing. This project was the first award of the Rochester Awesome Foundation for August.

Hometown favorites and Maker Faire regulars Arigami bring their custom, hands-on exhibit which engages visitors in a collaborative public art project. Participants work together to construct a 2-D installation made entirely of biodegradable latex balloons like this captivating, air-filled, re-interpretation of Fragonard’s “The Swing” at The Phelps Arts Center (created by 31 community members in five days!!!).

Traveling all the way from Rome, Italy the Aquarium Project 3.0 is our leading project of M&M Ecosystemi & Technologia. Its prototype, “Loryfish”, has been completely realized by Catalin Montanaro and consists of a Robot Fish that can move freely in its habitat avoiding obstacles.

John Mitchell’s project blurb pretty much says it all: Fire spinning since ’01, Learned about propane in ’06, built the dance floor in ’08, set Guinness world records for most people to perform full body burns in ’09.

Robert Rogalski was born and raised in a one-room log cabin deep in the dark woods of wild Kentucky, where he learned to read by firelight and wrote on a wooden tablet with a piece of coal. No, wait, wait… that was Abraham Lincoln. Actually, Robert Rogalski was born and raised in the lush countryside of western New York near the city of Rochester, were his vivid imagination turned the rural land around his family home into an enchanted world. Now a children’s book author and Industrial Designer and Special Effects maker, Rob brings his amazing robot and puppet sculptures inspired by Peter Pan, Hobbits, and the land of OZ.

Shelter 2.0, an open design for transitional housing, will collaborate with the House of Mercy, Andover school, and the Rochester Institute of Technology (RIT) Maker community to build a Shelter 2.0 structure and explore other ways the Maker community can help those in need.

Speaking of Thinking Big, you can explore the history of the RIT Henrietta campus through a new K’Nex Theme Park exhibit by the RIT Theme Park Enthusiasts. Since 2014, the group’s goal has been to bring together those with a similar passion for roller coasters and theme parks and to foster this excitement for such a unique industry. 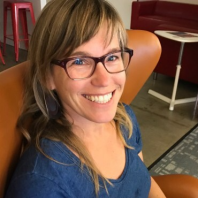