Why the Maker Community is Important After Natural Disasters

I find myself writing this a few days after the natural movement of tectonic plates near the southwestern coast of Puerto Rico caused a 6.4 Richter scale earthquake that shook the whole island. For many of us it was a first-time experience dealing with these unexpected heavy tremors that caused major infrastructure damage in various towns in southern Puerto Rico. Nevertheless, our memories of incredible resilience are still fresh from the Category 5 Hurricane Maria that embattled our Caribbean paradise with 175 mph winds back in September 2017. Said natural event placed Puerto Rico (a territory already affected by economic uncertainty) facing its most critical challenge of modern times. Two years after that event, the island was still recovering from the effects of hurricane Maria when we received the surprising event of waking up to an earthquake early in the morning.

There are imminent emergency procedures that take place right after a natural event like an earthquake or hurricane, for example: clearing of roads of dangerous items, search for survivors, and relocation of citizens to safer places. Often, emergency responders and non-profit organizations provide food, water, temporary shelter, along some sustenance items for those in immediate need. It is normal to understand those actions as basic human solidarity. After that initial emergency period, the local maker and design community could also be part of possible recovery solutions by providing safe places and tools for people to learn, make, and start community rebuilding efforts by using creativity and technology.

ÒAutogesti—n comunitariaÓ is one of my favorite terms in Spanish. It means community self-reliance. I define the term as: actions that depend mostly on interactions of community members for the positive development or recovery of themselves. Those actions can also be understood as part of the process of solidarity and rebuilding efforts.  Providing emergency spaces with the technology required to create or fix objects and belongings is an excellent way of empowering communities and engaging members as active entities in their own reconstruction. The maker movement has some areas in which it can greatly contribute to situations like the ones we are facing recently in Puerto Rico.

Makerspaces are a creative way of inspiring resilience and solidarity. These spaces can harbor individuals of many ages in a multidisciplinary safe space in which people can learn from one another. Traditional tools along with digital fabrication tools provide sufficient means to create or fix objects and/or spaces damaged immediately after an emergency. For example, quickly after hurricane Maria, many people had little to no access to potable water. That led to persons picking up water from unsafe sources. Often that water was not clean. Therefore, organizations started to hand out portable water filters to combat potential infections caused by leptospirosis and other pathogens. I organized a small group of digital fabrication experts who had access to a power generator in which we connected a small 3d printer. A few days after the hurricane we were printing couplers and adapters so that people could attach those filters to a variety of different water containers. These types of immediate initiatives can be developed by other citizens if they have the access to the adequate technology and human resources needed to prototype them.

It is important to understand the educational aspect of providing makerspaces in emergency situations. There is a challenge to train and educate people to properly use the space. In fact, that challenge can actually be an opportunity for children (that are not going to school at the moment) and adults that want to contribute after the emergency to learn nontraditional methods of solving problems. The post disaster context will inherently require project-based learning skills. That opens up the opportunity for the development of workshops that people can attend to learn skills they could use to further develop their resilient objectives and solve problems after a natural disaster.

Knowledge acquired after natural disasters could further inspire social entrepreneurship minds in citizens. In the case of Puerto Rico, the problems we usually face during emergency periods are issues that we were facing before, but that exacerbate during and after a natural disaster. For example, we don’t produce enough agriculture locally to sustain the island after a disaster. Another problem is that we don’t generate enough sustainable energy to power essential necessities when the main power shuts down. Spaces that provide tools to make and prototype solutions for future social innovation have an important value for the citizens as the impact of being able to create functional options can last for long after the emergency period.

An example of this is a local startup called Watric. Their team developed different prototypes to attend the previously mentioned problem of water recollection in the island. Their solution is not necessarily made for emergency situations (as it is supposed to work year-round), but it was definitely inspired by the problem we faced after the hurricane. Using the makerspace at the Fablab in the University of Puerto Rico, Watric used CNC and 3d printing technology to create the first prototypes of their humidity absorbing water recollection systems. This project is evidence that solutions thought after an emergency can generate ideas that could be further developed afterwards in making spaces.

It is imperative then to think of options on how implement ideas that contribute to this emergency creation environment right after a disaster. There are four actions that can be implemented to solve that problem. One is to make currently available makerspaces (most of them in the island are part of and higher academic institutions and schools) open and free after natural disasters so that citizens could go and start taking advantage of their services. Second, would be to organize makers and experts that volunteer to teach and help during the aftermath of a disaster. Third, is to include basic prototyping materials such as wood, printer filaments and PVC panels as typical donation items for disaster impacted zones and refuges.

And last but not least, it is time to develop local mobile makerspaces that rely either on sustainable energy or off the grid urgent options like common generators. There are various precedents we can follow like Cleveland Mobile Fab Labs or the mobile makerspace prototypes made by Fujitsu/ Techshop. Most importantly, this last step can be developed by uniting efforts of different nonprofit entities and educational institutions in Puerto Rico that already deal with digital fabrication. That way we can create a common initiative that deals with providing and democratizing these services when in times of need. Mobile spaces provide the option of transporting the resources to communities with major environmental impact, which probably don’t have any other makerspaces nearby.

Puerto Rico has a large number of creatives that can set an example for organizing emergency maker communities. Digital fabrication tools are similar elsewhere and initiatives like these have the potential to be replicated in various locations that suffer from natural disasters. As I write this, aftermath tremors keep shaking the ground in the island. The global climate crisis and the events that we can evidence recently in different parts of the globe could potentially mean that these types of phenomena are not halting any time soon. It is time to view the maker movement and emergent fabrication technologies as possible integrative solutions for disaster recovery. 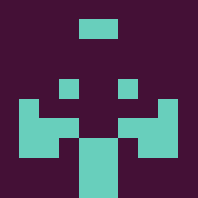 is an architect and multidisciplinary designer. Rafael directs the Fab Lab at University of Puerto Rico and founded Adapta PR, a design consultancy firm. He concentrates in the application of emergent fabrication and interactive technologies in design. He has a passion for democratizing technology through education.