A 2+ year odyssey started when my kids Sam and Julia, then 7 and 9, stated the obvious solution to a simple problem, “Let’s give it a home in Palo Alto.” They wanted to see artist Charles Gadeken’s Aurora, a life-sized, all-metal sculpture of a weeping willow tree lit by thousands of LEDs. I had come home from Burning Man in 2011 filled with excitement about the wondrous things I’d seen. Aurora was my favorite. They wanted to see her, too, and were not about to let a little thing like Aurora being packed up in shipping containers get in their way. Kids know anything is possible. It’s us grown-ups that let little questions like “Who’s going to pay for that?” or “Where would we put it?” stop us from trying, stop us from getting to the finish line.

The finish line: it can seem so far away, with so many problems and unknowns between it and me, that maybe I’m better off not starting. Not this time. Not with excitement building in the eyes and smiles of my two kids. Not with the words of my stepfather coming to life in my mind as they had never done when he was alive and would say, “Winners make it to the starting line!” That’s what all champions have in common. They all got in the game, risked failure, and started something when they didn’t know how it would end.

That’s how Sam, Julia, and I got started down the path that lead to Aurora standing tall in front of City Hall in Palo Alto, Calif. Our lives took a little change in direction at that moment. That crystal clear moment when those obvious words snapped me out of admiring what someone else had done and brought me to what I could do — what my kids and I could do.

Sam and Julia took a petition to school and came home with sheet after sheet signed by their classmates, who all wanted to help bring Aurora to Palo Alto, too. More signatures (from grown-ups this time), nickels and dimes in a jar, locations scouted out, and then off to City Hall for a Public Art Commission meeting. Sam and Julia stood at the microphone in front of the dais and spoke from their hearts about how Aurora would bring our community together. One year and many more meetings later, Aurora was unanimously approved, but with a condition. This idea came from the community, so the community had to fund it. Fair enough. Another starting line.

With the blessing of Gadeken, Aurora‘s creator, a platoon of Aurora Kids began fundraising. They stood tall in conference rooms, at a Board of Directors meeting, at a movie screening, and at Maker Faire Bay Area, where Aurora was displayed. They learned how to serve hors d’oeuvres, how to use a plasma cutter, and how to drive a forklift. These mostly elementary-school-aged children learned that sometimes the answer is “no” and that’s not the end of the world. They learned that they can do a lot more than they thought they could.

The Aurora Kids raised enough money to be taken seriously, to get the project close enough that the artist decided to take a chance and build ahead of the funding. So Aurora is getting installed on King Plaza in front of City Hall this week. There will be a big party on Saturday, November 16th beginning at 3:00p.m., and the Lighting Ceremony will begin at 5:00p.m. You’re all invited. The Mayor and Superintendent of Schools will speak, and there is much for them to praise, for their staff and constituents came together and made something great happen.

But the finish line still lies in front of us because the project isn’t over until everybody’s whole. Our Kickstarter fundraising campaign is open for only 10 more days and we are at 39% of our goal. Check out the great video that will inform and inspire. And help the Aurora Kids reach the finish line by sharing our story and supporting our campaign! 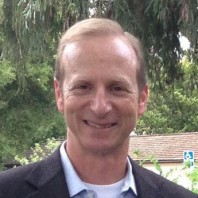