The Obtainium Cup Rally Is an Inspiring Excuse for Municipal Silliness

It’s not a race, mind you, it’s a Contraptor’s Rally

So explained the organizer, Shannon O’Hara AKA Major Catastrophe, at the start of the 7th Annual Obtainium Cup Rally July 22nd at Mare Island, CA.

Mare Island is a neighborhood of Vallejo, Ca that was the site of the West Coast’s oldest naval shipyard until the Navy decamped in 1996. The peninsula is now half brand-new tract homes and half industrial ghost town and, once a year, host to the Obtainium Cup Rally. Inspired by the Kinetic Grand Championship in Arcata, CA, the Obtainium Cup Rally bills itself as a “hand-built vehicle rally” but is really an excuse for municipal silliness, an old-fashioned family outing, and a focal point for the local maker community.

Competitors must not only complete the route and demonstrate artistic and engineering creativity but survive a series of Challenges like the Attack of the Flying Monkeys and the Zombie Challenge. There are rules somewhere; no one seems to remember what they are.

This year’s winner was a tribute to the local ecosystem, where osprey nest in the abandoned navy outposts and feast on salmon as they return to the Napa River watershed.

Honestly, the three-feet-tall Obtainium Cup is disproportionate to the size of the event: the Rally is pretty small fry compared to its inspiration in Arcata and many other kinetic challenges around the country. But although sponsors might dream of a bigger turnout, the event is more about the joy it generates for locals than the tourists it attracts.

That’s because the Obtainium Cup, in all its steampunkish, zombie-apocalypse, Alice in Wonderland and Skeleton Robot mashup glory, is a sign that my town is on its way back and that our future looks more fun than our recent past.

I am a 4-year veteran of the Make: staff and a resident of Vallejo, CA. Vallejo is 24 miles from San Francisco, fronts the Napa River, was twice (albeit briefly) the capital of California, and in 2008 became one of the largest U.S. cities to declare bankruptcy. It is also the most ethnically diverse city in the United States and, in recent years, a magnet to artists and Burners and makers pushed out of other Bay Area cities by insane real estate prices.

It is still struggling to overcome the bankruptcy, its reputation for high crime, and a persistent failure to thrive since the Navy base closure.

Obtainium Works, organizer of the Obtainium Cup, is a workshop plunked down at the edge of the once bustling downtown and a still beautiful if slightly rough-at-the-edges neighborhood of historic Victorian homes. It bills itself as a “Do It Yourself (DIY) group of tinkerers, gearheads, and steam bohemians who fabricate art out of repurposed industrial detritus.”

Its leaders, Shannon and Kathy O’Hare, relocated here from geographically nearby but economically far-removed Berkeley, CA, looking for a place to launch a “steampunk revisionist reality” they call the Hibernian Empire and, oh yeah, make art cars.

Their creations, many completed on commission, not only dominate our local holiday parades but tour the art-car circuit of Burning Man, Maker Faire, and the Grand Kinetic Championship. (Obtainium Works member Samuel Coniglio is on our Maker Faire Advisory Board.)

The O’Hares and their crew recently also competed in the 2018 season of Battlebots and will next appear on an episode of Jay Leno’s Garage.

The O’Hares generate much fun.

But it’s the brand of municipal boosterism they foster that makes them an inspiring story for me; Obtainium Works is a great example of a makerspace assuming an important civic role and helping turn Vallejo into a fanciful but undeniable example of a maker city in the making.

In addition to the Contraptor Rally, the Obtainium crew collaborates closely with the local arts and culture commissions; there is a large and permanent installation from the Flaming Lotus Girls in front of our City Hall; and other local artists organize a monthly Arts Walks. The mayor and the more fun-loving city commissioners and managers attend all the events, often gamely decked out in steampunk gear. The truth is that Vallejo is a hard-knock hometown. But I’m proud to live in a city increasingly powered by makers.

So I’ll be in the audience with my fellow Vallejoans at the Empress Theater, our beautifully restored downtown movie palace, on August 2 to watch Jay Leno’s Garage and cheer on the O’Hares and their vehicles including the Steampunk Airship and the Wine Trike.

It’s all about recognizing the power of creativity and reminding our residents that they can also participate, that they can still make something out of practically nothing.

And it works. As I overheard on the sidelines at the Obtainium Cup, from a father to his school-age daughter: “Hey, let’s make something cool for next year.” 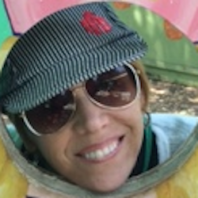