I am a big fan of Tom Waits’ music and I was really inspired by the bizarre instruments he used in the song “What’s He Building”. In my search for homemade instruments, I discovered Dennis Havlena (he was featured on the Make: blog back 2008). So I initially built a Hank drum from an old propane tank by following his plans on his website.

The drum sounded great on its own, but I really wanted to build a sculptural machine that would play the drum for me. I went through several different versions that involved piano hammers and record player motors to drive the operation, but ultimately nothing worked. Then, I realized that I could get rubber bouncy balls to drop onto the drum and hit it in random places by rotating the drum. I already had 200 bouncy ball left over from another project, so this worked out nicely!

I designed a spiral track system that would be satisfying to watch. The rubber balls needed to be lifted up the track and then collected at the bottom. The chain lift I made is from a long farm implement chain with metal loops welded onto it. The collection system required lots of painstaking adjustments to stop the balls from bouncing out. It took the better part of the summer to make and perfect the different components and a LOT of trial and error. I drove myself crazy trying to run after and catch the balls bouncing everywhere in my studio and I am still finding them in the weirdest places! The end result is a fun sculpture that is mesmerizing to watch and nice to listen to.

This piece was installed in the grainary at the Electric Eclectics Music Festival at the Funny Farm in Meaford, ON, Canada in August 2017. You can find more info on my website. 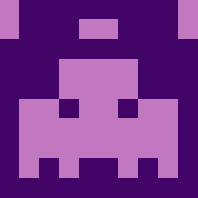