4 Real Robots That Can Trace Their Lineage to Movies

Sci-fi movies have shown us many visions of our future. Often, these visions have included robots. In some cases these robots are a little closer to reality than in others.

Out of all of the heroic automata, the droids you were looking for, those you weren’t, and A.I.s both disturbing and endearing, I’m going to point out a few who have real-life counterparts in development.

I’ll start at home with ‘Robot’ from the movie Robot and Frank (2012). Robot is a gentle humanoid healthcare worker which was designed to look after those who need help around the house.

The character of Robot was very closely modeled after ASIMO (Advanced Step in Innovative MObility). ASIMO is a product of the Honda Corporation and is one of Japan’s proudest possessions. The very bipedal robot was first unveiled in 2000 and the improvements in his design continue as we see ASIMO becoming more suited to navigate our home environments with each iteration. His skills include hopping on one foot, unscrewing a cap to pour a drink, and facial recognition. ASIMO looks like a walking iMac, so it’s not difficult to imagine him helping out around the house. Just look at him go!

Next on the list is AMEE from Red Planet (2000). AMEE is a spry quadrupedal bot with an on-board drone which she can launch periodically to survey the surrounding landscape.

Although her mechanical design is pretty farfetched, she is one of the few examples of a quadrupedal robot that we’ve seen in movies which is odd considering how advantageous four legs can be. Just look at the incredible work that is being done at Boston Dynamics. Take Big Dog for example. Big Dog is being developed to function as a pack mule for soldiers who have to traverse long distances over rough terrain.

These robots also have a lot of potential as search and rescue robots with their ability to crawl through rubble and climb rough inclines up to thirty five degrees. Big Dog’s hydraulic actuation system allows him to maintain balance in any situation. They are even able to self-correct when they slip on ice!

How about Johnny Cab from Total Recall (1990). When Schwarzenegger hopped into that cab on Mars, did you think you were witnessing a prophetic moment in science fiction? It turns out you were, now that Google plans to have its first self-driving car on the road by the end of the decade. It’s already, thankfully, outperforming Johnny Cab.

Last on the list is Gerty 3000 from the film Moon (2009). Ever since we saw HAL 9000 in 2001: A Space Odyssey, we’ve been disturbed and intrigued by the possibility of creating a computer that can think like us. GERTY 3000, who was clearly inspired by HAL, brought us even closer to that reality.

GERTY’s mission is to oversee all operations of a Helium-3 mine on our moon. He does this with the help of his robotic arm and a screen which displays simple emoticons for the purpose of interacting with the solitary human crew member. He ends up (SPOILER!) being a less conflicted, much more benign character than his cinematic predecessor but in spite of the dramatic plotline, Sam and GERTY’s interactions are similar to what you could expect from a conversation with IBM’s A.I., “Watson.” In the four years since Watson famously competed against two Jeopardy champions and won decisively, he has evolved into a tool with enormous potential, not just to automate systems and answer questions as GERTY was designed to do, but to help us solve complex problems in real time.

Check out the video to learn about IBM’s hopes for Watson’s future.

It’s such an exciting time to be alive because we get to participate in this paradigm shift. Did you like ‘Teddy’ from A.I. Artificial Intelligence (2001)? He has real life counterparts too, such as Make’s own ROBOTIS.

Soon, we won’t need to watch a movie or open a novel to be transported to a world of robots. Even so, let’s keep these cautionary tales that we know and love in mind as we step forward into the future, hand-in-hand (or hand-in-end effector) with our new robot friends and helpers. Let’s make sure to be cautious and respectful so that when they surpass us in every way, they’ll allow us to continue to dream. 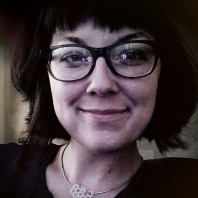