3D printing is slow compared to other types of rapid prototyping, such as laser cutting or CNC machining, especially when many iterations are required. The faBrickation project proposes a simple, soon-to-be open source solution to this problem by enabling designers to turn their 3D models into a combination of Lego bricks and key 3D printed parts that can be quickly printed, assembled and modified. I caught up with Stefanie Mueller, the project lead, and asked her about merits and applications of faBrickation.
– Anna Kaziunas France

Can you explain what faBrickation is and how it works?

faBrickation is a new approach to speed up 3D printed rapid prototyping. The key idea is to save time by only printing the parts that require the high resolution and to substitute the remaining volume with standard building blocks — in our case Lego bricks. When making the body for a head-mounted display, for example, getting the optical path right is paramount.

Our system faBrickator allows users to mark the lens mounts as “high-resolution” to indicate that these should later be 3D printed. faBrickator then exports these parts for 3D printing and generates instructions that show users how to create everything else from Lego bricks. The resulting faBrickated head mounted display takes 67 minutes compared to the 14.30 hours for regular 3D printing. If users iterate on the design later, faBrickator offers even greater benefit as it allows re-printing only the elements that changed. For instance, when I later on decide I need more comfortable head pieces, I can just print them and replace the bricks on the object.

3D print the only the key parts.

Tell us a little bit about yourself and your collaborators.

I’m a PhD student at the Human Computer Interaction Lab at Hasso Plattner Institute working with my advisor Patrick Baudisch. We are in the lucky situation that we can closely work together with a lot of great undergraduate and graduate students; including my additional collaborators on this project: Tobias Mohr, Kerstin Guenther, and Johannes Frohnhofen. They help us transform our project ideas into actual software and hardware prototypes. I’m always very happy to have so many great engineering students working with me on the projects.

What motivated you to create faBrickator?

While 3D printers are great tools for rapid prototyping, they are also very slow (e.g. the head mounted display body shown in the picture takes more than 14 hours to 3D print). Yet speed is mission critical: While printing can be done over night, it limits designs to a single iteration per day. Thus a typical iteration process when refining a prototype easily adds up to a week—even though the actual design work may not have taken longer than a day. As a result, in today’s common design workflow, the 3D printer forms the bottleneck.

Experienced designers tend to address the problem by mixing fabrication techniques and weaving in prefabricated objects into the fabrication process. However, this requires a good amount of ingenuity and experience. With faBrickator we address this problem by providing a system that let’s designers quickly define which parts require 3D printing and which can be build from Lego. While suitable for iteration, the partially Legofied objects of course do require a full 3D printing process eventually, i.e., before being deployed.

What are the possibilities for this type of design and construction?

We think that the main target group for faBrickation are designers who work on physical prototypes that underlay many external constraints. These external constraints, such as changing customer needs or changing functional demands, require many subsequent iterations. This is where faBrickator allows these users to save substantial time. While faBrickator already speeds up the fabrication of the initial prototype, it saves even more time when subsequently iterating over segments of the prototype. Users only have to reprint the small parts that changed rather than reprinting the entire model, which allows users to have multiple design iterations in a day rather than printing overnight.

faBrickator applies to functional objects, i.e., objects that have shape constraints only in specific areas, which is commonly the case for objects that fulfill a functional purpose (see the soap bar dispenser or the penny ballista as examples). Most of the speed-up faBrickator achieves results from the fact that a given functional purpose can be implemented in many different forms, allowing faBrickator to choose the one that can be fabricated fastest. This approach, however, does not lead to benefits when designing objects where the entire shape matters, such as artistic or decorative shape.

We created an very early, alpha version of faBrickator, which we used to create the video. We are currently finalizing the faBrickation system in order to demo it live in May 2014 at the CHI conference, in tandem with the presentation of our forthcoming paper “faBrickation: Fast 3D printing of Functional Objects by Integrating Construction Kit Building Blocks”. After the conference, we will open source the software on GitHub. 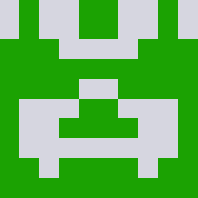 Stefanie Mueller is a PhD Student with Patrick Baudisch in the Human Computer Interaction Group at the Hasso-Plattner-Institute, located in Berlin, Germany.