MakerBot snuck a bold feature into the latest version of their PrintShop iOS app: a tool called Shape Maker that transforms photos of 2D designs into 3D printable models. It’s a neat feature, particularly for educators, but it’s also a cogent bid to ease more 3D printer owners from printing others’ designs to creating their own.

“You’ve got great ideas,” wrote MakerBot’s Kevin Miller of Shape Maker, “and your full sketchbook is proof of that.”

To use the software, you draw a picture on paper, then use the device’s camera to take a photo of it (photos of other objects will work as well, according to the company, as long as they include distinct contrast and a simple line). Then you crop the image and the app analyzes it and creates a mesh, which you can send to your printer for fabrication.

A video demonstrating Shape Maker in action shows a woman drawing a windmill and other designs with a marker before scanning them into the software, manipulating them further, and finally sending them to the printer.

The release is a bright spot in what has otherwise been a bleak week for the Brooklyn-based MakerBot, which laid off 100 employees and closed all its retail stores following a $100 million write-down on its valuation in February. 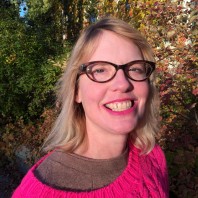