Will 3D Printers Save the World?

3D printers have exploded in popularity with promises of reinventing everything from manufacturing to entrepreneurship. While 3D printing has a few detractors and people who point out that it won’t live up to the hype, I believe 3D printing   will actually do more than reinvent the way we design and build things. Ultimately, I believe it will dramatically improve lives in 3rd world countries by empowering everyone to improve their own lives.

This is why re:3D got my attention. They are creating a large format printer designed to work in developing countries that typically lack the infrastructure we take for granted. The company has been accepted into Startup Chile, a program run by the Chilean Government to encourage innovative entrepreneurs to launch businesses in Chile. They have also successfully raised over $100,000 with their Kickstarter campaign. Their goal, to do good while making a profit, is the cornerstone of social entrepreneurship and their mission is to revolutionize the way products are made all over the world.

Social entrepreneurship has long been focused on the Bottom of the Pyramid. This is the term applied to the largest (but poorest) group of people on the planet living off of $2.50 per day (All 4 billion of them). Selling shoes or laundry detergent in developing nations is one thing. Selling an advanced personal factory is quite another.

3D Printing Will Save Lives

The small build area of most consumer grade 3D printers makes it impossible to print truly useful objects for people who lack even the most basic of amenities…like toilets or a rain bucket. These are objects we take for granted that many people only dream of. This is the main reason re:3D is designing a large format printer that could ultimately accept recycled plastics. Landfills are overflowing with plastic and building a “complete solution” designed to take waste and turn it into useful objects has three benefits.

Seriously? How will printing a toilet change the world? According to UNICEF, a lack of toilets is one of the leading causes of juvenile death. When I say “developing nations” I’m not talking about countries that only have basic cable and lack wifi. I’m talking about places where hygiene is still a big issue.

Affordable 3D printing will also help locals build micro-enterprises to sell products both locally and internationally. While the growing middle class in Chile will easily be able to afford one, a farmer living off of $2.50/day will not. This is where micro-lending becomes important.

In order to overcome this obstacle, the company is considering micro loans to help finance 3D printer purchases. In turn, the owner turned entrepreneur will start selling the wares she printed to finance the purchase. Micro-lending in developing nations has been credited with raising standards of living and empowering women. To date, most micro-lending has been geared toward businesses like goat herding or sewing. Imagine the possibilities when tied with 3D printing using cheap (or free) recycled plastics.

Beyond the obvious differences such as lack of infrastructure or language barriers, there is one major (and very important difference)…culture. Failure to understand and work with the local culture will ensure failure. For example, the culture in Chile where re:3D is launching, is very focused on relationships. Who you are is just as important as what you’re selling. People in Chile will take the time to get to know you and will want to share ideas. This can be a huge culture shock to result-oriented Americans who tend to come “blazing in” absolutely convinced they have the right answers.

Developed nations like the United States have a lot of innovative ideas and products that can radically improve lives in the bottom of the pyramid. But these benefits can only take hold if the products are accepted by the community. Entering a market with the right mindset and a willingness to work within the cultural and social norms of that country will go along way in helping that happen.

What do you think?

Do you think 3D printing will change the world? Or is it just hype? Let me know in the comments below.

Stephen is a rocket scientist with an MBA researching how the maker movement is revolutionizing our world. For more info check out Stephen Murphey’s blog.

56 thoughts on “Will 3D Printers Save the World?” 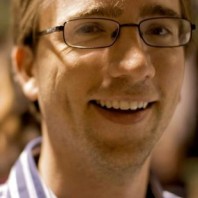