Creating Kimchi: There’s No Whey I Could Make This Up

hen you are an intern at MAKE, the work comes in waves. Usually the week after the magazine ships, there’s a week or two of no huge projects. During this time we will clean the lab or more likely do some nefarious personal projects. After this small lull we get hit with a long list of projects to be tested for the next magazine. We immediately divvy up the projects based on skill level and interest and begin sourcing parts and budgeting time. This process is usually fairly smooth, but occasionally we have trouble sourcing a part. I never thought that this would be an issue for a cooking project, but this turned out to be one of the most intense part sourcing adventures I’ve been on.

When Sam Freeman, our intern coordinator, brought up a 3-Day Kimchi project, I offered to take it on. My sister went to China a few years ago and fell in love with kimchi, so I thought it would be fun to learn and maybe gift her some for the holidays. I read through the manuscript and got a good idea of what to expect from the project. The author mentioned that it might be a challenge to find uncultured whey, which is a byproduct of making whey.

Who, What, When, Where, Whey

This being California (where we tend to have happy cows) I called a few local cheese makers and they all told me the same thing: it is illegal for USDA cheese makers to sell their whey. One woman told me that she holds a cheese making class once a month offsite and I could come get the whey from the class, but I’d have to get there early because tons of people try to get it each time. We were in a bit of a time crunch so I met with some of the editors to brainstorm. Projects Editor Keith Hammond suggested that I try a local Sebastopol, Calif. shop that opened recently, called the Kefiry. This is a store that sells soda made with kefir cultures (yes, we live in a twisted fantasy land that has these kinds of establishments). I left the office and made my whey over (yes, there were about a million jokes like this).

I pulled in the parking lot, and there was a man in the car next to me with a weird smile on his face. I followed his eyes and saw a woman pulling her pants up next to her car. There was a large wet spot on them. I can only assume that she couldn’t wait for the bathroom that was 15 feet away in the Starbucks and decided the bushes were a viable alternative. She then went to get in the car and the door was locked. I was in a time crunch because the Kefiry was closing in 10 minutes, but I told myself I’d let her use my phone to call AAA or something if she was still there when I got back.

I entered the Kefiry, and there was a man in an apron shining a red laser on the bare foot of another man who had hoisted it up on to a stool. They were having a discussion about healing something in his foot and that any red laser would do. I tried to push away my cynicism and smile politely as they acknowledged me. I was moderately successful. I told the proprietor (the man in the apron) that I needed some whey and asked if he could spare some. He informed me that their kefir cultures were non-dairy, but that the woman at the yoga studio next door raises goats and I could give her a call asking for whey. I thanked him, wrote down the number and made my whey back to the car (you thought I was kidding, I wasn’t).

When I arrived back at my car, the woman had somehow managed to get in to her car and the man who had been watching in amusement was taking a nap. I decided to head back to the office because my day couldn’t get any weirder, right? Wrong.

When I got back to the office I filled them in on my strange day, and everyone was cracking up in disbelief. Of course, we still didn’t have any whey.

This is when Senior Editor Goli Mohammadi chimed in to ask if I’d contacted the local farmer’s black market. No, she wasn’t kidding. This is a real thing in our town, and apparently they have a Facebook page. We went online and used Goli’s account to ask if anyone could spare some whey. We then scrolled down and saw that there was a meeting in town, in some field, going down in a half an hour. I didn’t want to go all the whey there by myself (got you again), so I tried to con other people into joining me, but it didn’t work. I was getting ready to head over when someone responded to let me know she had some whey and I could come get it, but I’d need to bring my own container. I ran around the lab looking for a jar that wasn’t filled with some unidentifiable and probably toxic liquid, and the only thing I could find was a Snapple bottle from earlier that day. I washed it out as best as I could and waited for her to respond about where to meet. Time was ticking down and the black market meeting would soon be over. We decided to wait for the woman to respond, and I headed home, Snapple bottle at the ready.

For the next few days I carried the Snapple bottle with me everywhere, waiting for a call from Goli with a location. It was like a secret mission that I had stumbled into. The following Tuesday I came in to the office and Goli told me that she had a phone number. I spoke with the woman, and she gave me an address that involved the phrase “100 feet or so after the sign there’s a mailbox covered in flowers.” I somehow managed to find the place, and walked up to a fence that had a “Beware of Dogs” sign on it. There were no dogs, and no goats. Great signs. I walked up to the front door and knocked. A woman appeared behind me and told me that she forgot I was coming. She opened a small refrigerator — a yard refrigerator — that I had only just noticed, and opened up jar after jar of opaque yellow liquid, trying to find one fresh enough. She then went to check the fridge inside and stopped mid-stride and asked, “Are you okay with a messy house? And dogs?”

I love dogs, and I really needed whey, so I can ignore a mess or two. Who am I to judge?

We walked inside and I was mobbed by ten or more little dogs. Half of them loved me and half were not impressed. We walked toward the kitchen and, squatting in the corner, was someone staring at the wall. This person said nothing and I chose not to acknowledge them, because I like my organs and would like to keep them inside of my body. The woman found a bottle that was up to her standards, and filled my Snapple bottle. I said an awkward thank you and went back to the safety of my car.

In summation, the Kimchi was pretty good. We ate some with beer, but didn’t get wheysted. This was the weirdest experience of my life. I can’t wheyt to try and top it.

42 thoughts on “Creating Kimchi: There’s No Whey I Could Make This Up” 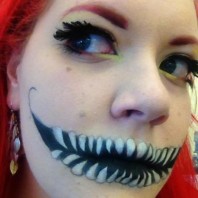