What do you know about Fresno?  According to esteemed and infallible Wikipedia:

Fresno “is a city in Central California, the county seat of Fresno County. As of 2013, the city’s population was 509,000 making it the fifth largest city in California, the largest inland city in California and the 34th largest in the nation. Fresno is in the center of the San Joaquin Valley and is the largest city in the Central Valley, which contains the San Joaquin Valley. It is approximately 200 miles (320 km) north of Los Angeles, and 170 miles (270 km) south of the state capitol, Sacramento. Metropolitan Fresno has a population of 1,107,416.”

Beyond numbers and stats, there are amazing stories in Fresno, institutions and individuals that never seem to lose focus on their mission.  Nonprofits keeping the flames of culture and art alive, even in times of economic disaster.  Companies that forge ahead into diverse industries buoyed by our favorable location, weather, and cost of living.  And individuals that sees what’s going on in the world and brings new technology, trends, and innovations to town.

Mayor Ashley Swearengin says, “This is a great fit for Fresno.  This has always been a place where organic concepts like the ‘Maker Movement’ can find the support and strength to grow.  By embracing this new trend, Fresno has the opportunity to take our place among the regional engines of innovation.”

A couple of years ago, the Fresno Grizzlies baseball team was looking for an innovation themed promotion and turned to the newly founded Fresno Ideaworks hackerspace for support. Together we mounted the 2013 Fresno Ideaworks Mini Maker Faire at Chukchansi Park, earning a “promotion of the year” nomination for the Grizzlies.  This event came on the heels of the San Francisco Giants’ World Series win (with a line up that featured 17 out of 25 players farm grown in Fresno) the story of the team supporting local innovation made quite a splash locally.  Reports in all of the local media outlets brought the attention of a local developer with available industrial property.  The Fresno Ideaworks moved into the 7,500 square foot space a month after the Mini Maker Faire.

In the fall of 2013 the Fresno Art Museum (the only accredited museum between Sacramento and Los Angeles) received a grant from the James Irvine Foundation that allowed them to produce a Mini Maker Faire.  Given the success of the 2013 event, the museum’s first move was to reach out to the Ideaworks and Grizzlies organizations.  What could have become a fight for territory gave way to collaboration.  Calendars were compared, event requirements were discussed, potential overlap was cleaned up and the decision to move forward with two maker focused events in April 2014 was made.  Recognizing the risk of confusion, “Fresno Maker Month” was developed as an umbrella brand.  City Hall was consulted and a proclamation naming April 2014 “Maker Month” was passed, completing the circle of collaboration that was to include business, nonprofits, individuals, education, and local government.

The Maker Month banner served for more than just clarification between the Fresno Mini Maker Faire and Ideaworks Day at Chukchansi Park.  The Fresno County Public Library joined the movement by hosting Cardboard Challenge feeder events at their branches.  The Girl Scouts of Central California South provided access to their members and space at one of their big annual events to promote Maker Month and half a dozen high school robotics teams, along with several Lego league robotics teams, joined the events.

SAM Academy & Community Science Workshop, Maker Faire veterans from nearby Sanger, arranged for that city’s Maker Month declaration and has provided hands on activities for every maker event in Fresno to date.  Most recently, they provided air rockets and supplies to build over 300 Nerdy Derby cars for the 2014 Ideaworks Day at Chukchansi Park.  Their involvement has been integral to the success of these events.

New collaborations are only growing.  Performers from Fresno’s Rogue Festival (the largest independent arts festival on the West coast) have worked with the Ideaworks building props and stage pieces.  Local businesses are joining the events to tell their stories of growth and success in Fresno.  Fresno’s 59 Days of Code programming competition became a Maker Month partner as they celebrate the kickoff of their fifth year drawing competitors from all over the state.  And most importantly, new collaborations are being forged among the makers of our community.  Sharing expertise and knowledge, ideas and inspiration, our creative class is growing closer and stronger.

If you ever find yourself in Fresno, drop by 1755 Broadway and visit the Fresno Ideaworks.  We’re keen on collaboration and look forward to building new connections.  Whether you’re looking for place to build out your Burning Man project, help with Arduino, or just want to repair an end table, we’re here to help you. 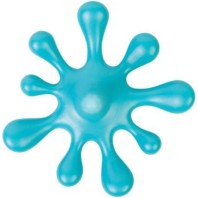