Nathan Allen first saw the need for a gardening robot when he noticed how the war against weeds was impacting his mother’s love of gardening. His mother found the volume of weeds in her garden a struggle, and as a result, gardening became less enjoyable for her. Nathan decided to tackle this problem for his mother and other gardeners by coming up with a nontraditional solution.

The solution to his mother’s gardening problem became Weedebud, a solar-powered robot gardner, which he invented in partnership with Kevin Lambson. Allen and Lambson came to this solution because other weeding methods are labor intensive or hazardous to the environment. Their goal has been to create a low cost, environmentally friendly, and effective solution to weed problems.

Weedebud is the first solar-powered gardening robot of its kind. The robot is able to wander a garden autonomously, searching for and pulling out weed sprouts under three inches. Weedebud only pulls out small sprouts so that more mature plants are not disturbed. By only pulling out small sprouts, it is able to ensure that weeds are pulled before they get unmanageable or too plentiful.

In a typical day Weedebud can cover 15’×15′, with the possibility for them to work in teams in order to cover larger areas.

Currently, Weedebud is still being worked on with the hope of launching a Kickstarter later this year. The Kickstarter launch depends on when the product is finalized and the interest generated by the idea.

If you are interested in learning more about Weedebud, you can find them at this year’s Bay Area Maker Faire in Homegrown Village. You can also find more information at their website. 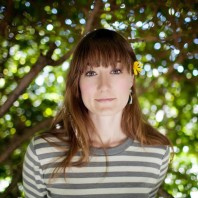